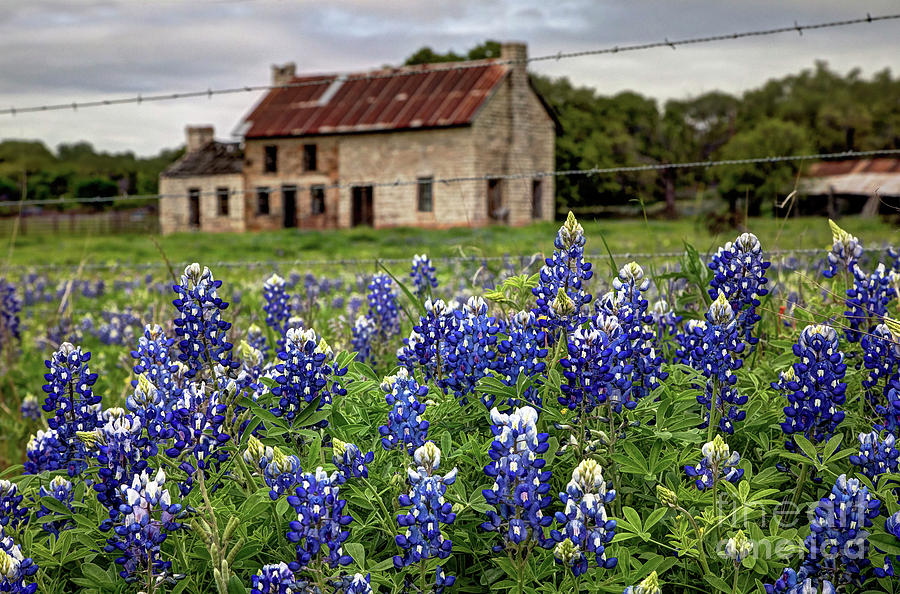 Every spring, this abandoned ranchhouse of hand-cut sandstone and limestone stands in a field of Texas bluebonnets (Lupinus texensis), north of Marble Falls, Texas. We arrived on an overcast day, after a small cold front had blown through, and the flowers were rarely standing still. This HDR set was one of the few captures I got of them. I have posted photographs from March 2017 that show the detail of the house. The original structure of the house appears to be of orange sandstone, with later additions of limestone with interesting asymmetric masonry on each side. This building, widely known as the Bluebonnet House, is arguably one of the most photographed in the state, other than the Alamo. The history of the building is very unclear, but what little information I can find suggests it may have been the ranch house for the Vandeveer Ranch. However, an internet search failed to confirm this. A local resident once told me it had been a schoolhouse, but I have found no other supporting evidence of this either.