The Alter Of St Fidelis 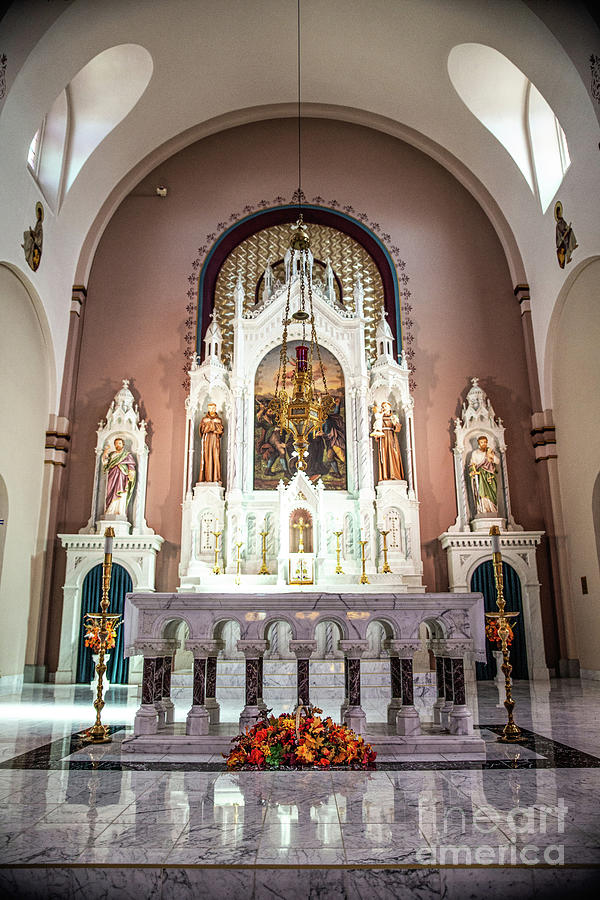 The Alter Of St Fidelis

The Alter of St Fidelis by Lynn Sprowl
A great stop on I-70. A beautiful church is open to the public. A place of quiet reflection.
Listed on the U.S. National Register of Historic Places. Located in Victoria, Kansas and can be seen from I-70. Built 1908-1911.
Romanesque style of structiure
NRHP reference #71000315 and added May 14, 1971.
The Basilica of St. Fidelis, commonly known as the Cathedral of the Plains, is a Romanesque-style Roman Catholic parish church in Victoria, Kansas. ] It was raised to the status of a Minor Basilica in 2014 and is also known as The Basilica of the Plains.
According to the church history, each member of the church who was 12 or older was asked to give $45, haul six wagon loads of Fencepost limestone and four loads of sand each year until the church was built. Some families brought as many as 70 to 80 wagonloads of stone. The nickname The Cathedral of the Plains was bestowed upon the structure by former presidential candidate William Jennings Bryan after he visited the town in 1912.After approval by the Vatican in early March 2014, Bishop Edward Weisenburger of the Diocese of Salina dedicated St. Fidelis Church as a Minor Basilica on Saturday, June 7, 2014.

Beautiful lighting and detail, Lynn! I love the reflections on the marble tiles. L/F

Thank you so much, Catherine.