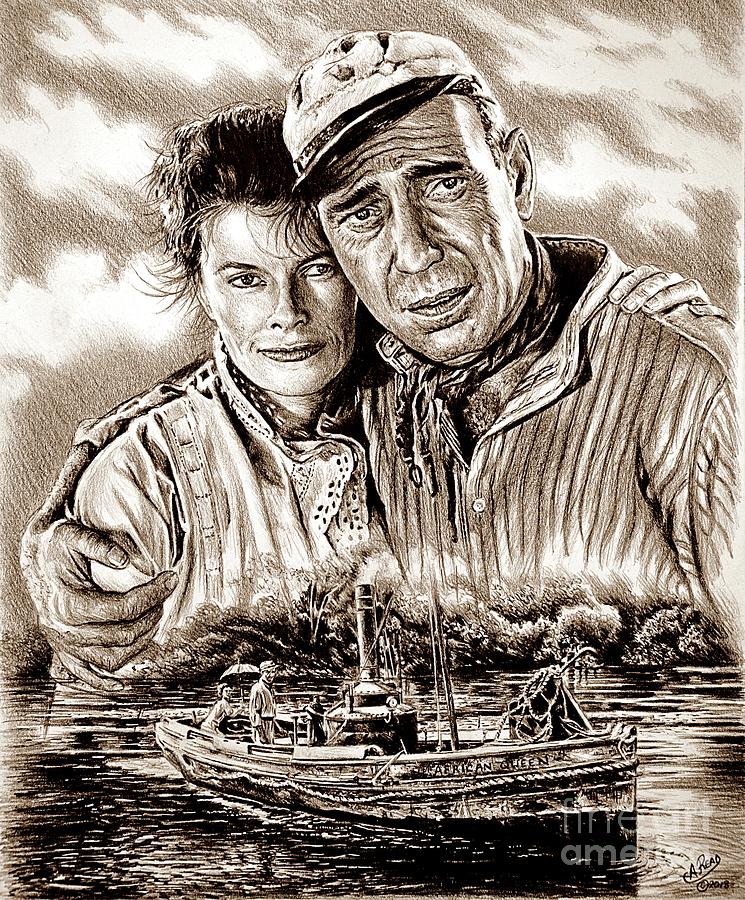 The African Queen - pencil drawing
Humphrey Bogart and Katherine Hepburn
After religious spinster's (Katharine Hepburn) missionary brother is killed in WWI Africa, dissolute steamer captain (Humphrey Bogart) offers her safe passage. She's not satisfied so she persuades him to destroy a German gunboat. The two spend most of their time fighting with each other rather than the Germans. Time alone on the river leads to love.

Thanks very much Al :)