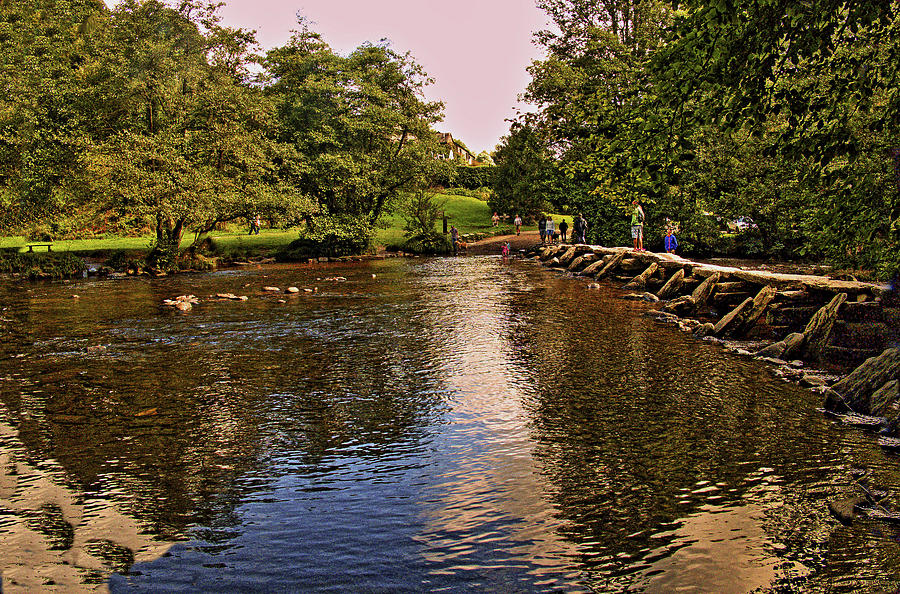 Tarr Steps an Ancient Medieval Stone Clapper Bridge on the River Barle in Exmoor, near the village of Withypool.

Myth has it that the Devil built the bridge at Tarr Steps and still has sunbathing rights on its stones. The myth says that the devil swore he would kill anyone who tried to cross his bridge. The terrified locals got the parson to face him. A cat was sent over the Bridge but was vaporised in a puff of smoke. The parson then set off and met the Devil midway. The Devil swore and intimidated him but the parson reciprocated equally and finally, the Devil conceded to let people pass except when he wants to sunbathe.[

Thank You for the Feature. Dick.