Taking Us Back In Time 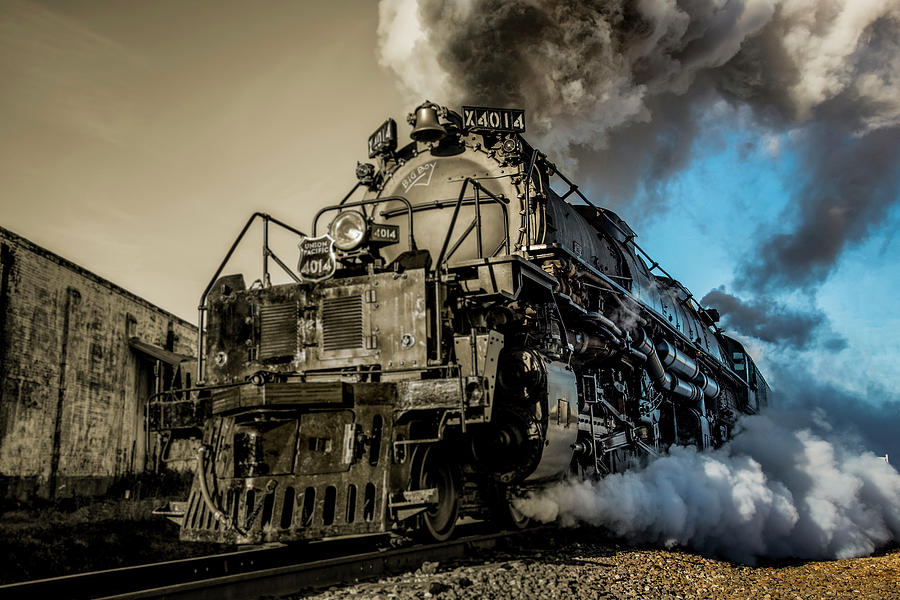 Taking Us Back In Time

Watching this train get moving down the tracks was one of the most audibly pleasing experiences of my adult life. There is nothing like a huge steam locomotive chugging away as it gains speed moving down the tracks. It was just beautiful. Steam locomotives mesmerize their audience regardless of what age they are. I saw a 74 year old man become a little boy when this Union Pacific 4014 rounded the corner and let out a harmonious hoot on the steam whistle. As the train approaches, it is like you are being taken back in time for a moment. What are dreams for my generation, and those younger, are fond memories for older generations that witness this moving piece of history.
What makes this trip even more special is the Chief Engineer, Ed Dickens, who has spent most of his life working with steam engines. He worked with older mechanics who imparted their knowledge of steam engines on him. Those guys are gone now and Mr. Dickens is now carrying the torch to teach the younger generation what he has learned. In addition to that, Ed Dickens is one of the nicest, most thoughtful men on the planet. As he has travelled from city to city on this massive machine, he has stopped all along the way to take time to talk to the people. In some towns, where tragedy or sickness has stricken kids, the 4014 is the best medicine they could receive.
Union Pacific’s Southwest tour has been a wonderful experience for so many along the route. I hope that they continue to let Mr. Dickens do what he does best. I consider him to the Ambassador of Union Pacific and they could not have picked a better man for the job. It is like he walked right out of another time.