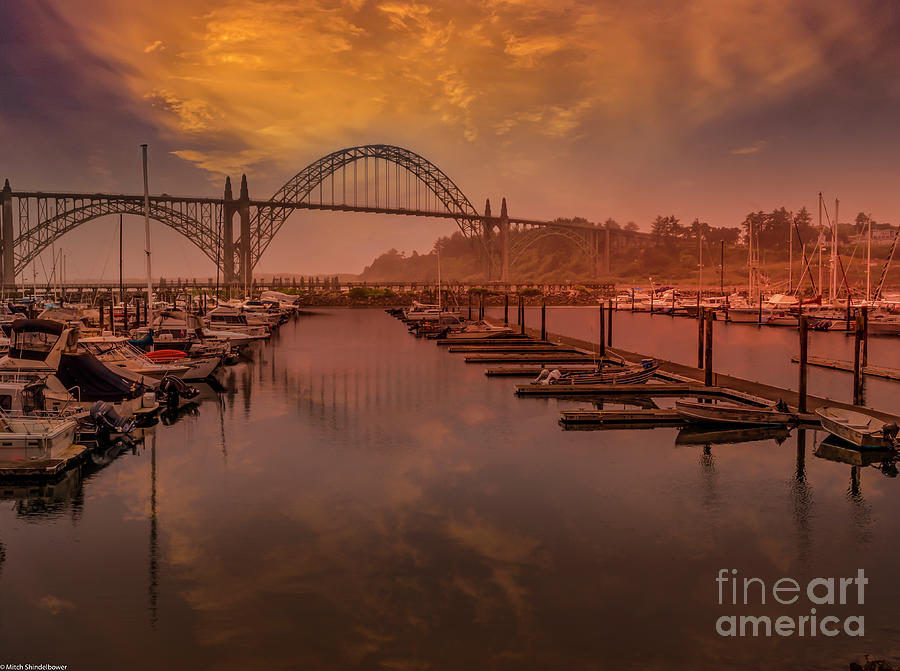 The area was originally home to the Yacona tribe, whose history can be traced back at least 3000 years. White settlers began homesteading the area in 1864. The town was named by Sam Case, who also became the first postmaster.[8]

Newport has been the county seat of Lincoln County since 1952, when voters approved a measure to move the center of government from nearby Toledo to Newport.[9] It is also home of the Oregon Coast Aquarium, Hatfield Marine Science Center, Nye Beach, Yaquina Head Light, Yaquina Bay Light, Pacific Maritime Heritage Center and Rogue Ales.

I love the sky in the water! And the perspective! Beautiful shot!

What a magnificent capture with terrific composition, color and light, Mitch! LF

Beautiful capture! This will be the “Bridges” photo of the day on the USA Photographers group home page for 6/25/21!

Very beautiful sunset capture. Love the reflection of the Newport Bridge in the water.