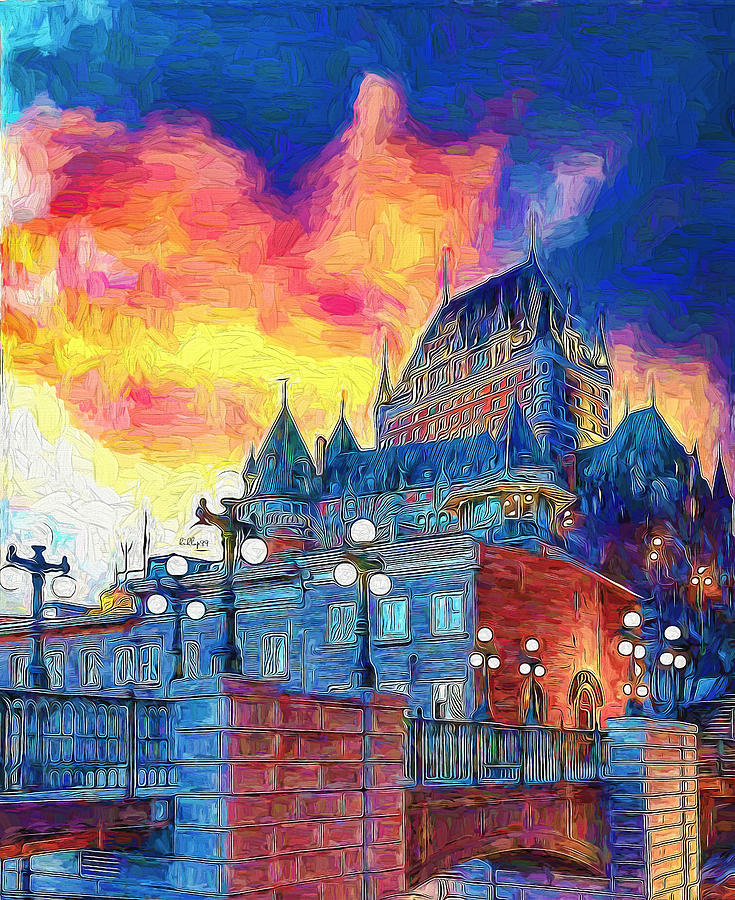 Quebec (/k(w)ɪˈbɛk/ (About this soundlisten);[8] French: Québec [kebɛk] (About this soundlisten))[9] is one of the thirteen provinces and territories of Canada. It is bordered to the west by the province of Ontario and the bodies of water James Bay and Hudson Bay; to the north by Hudson Strait and Ungava Bay; to the east by the Gulf of Saint Lawrence and the province of Newfoundland and Labrador; and to the south by the province of New Brunswick and the US states of Maine, New Hampshire, Vermont, and New York. It also shares maritime borders with Nunavut, Prince Edward Island, and Nova Scotia. Quebec is Canada's largest province by area and its second-largest administrative division; only the territory of Nunavut is larger. It is historically and politically considered to be part of Central Canada (with Ontario).

Quebec is the second-most populous province of Canada, after Ontario.[10] It is the only one to have a predominantly French-speaking population, with French as the sole provincial official language. Most inhabitants live in urban areas near the Saint Lawrence River between Montreal and Quebec City, the capital. Approximately half of Quebec residents live in the Greater Montreal Area, including the Island of Montreal. English-speaking communities and English-language institutions are concentrated in the west of the island of Montreal but are also significantly present in the Outaouais, Eastern Townships, and Gaspé regions. The Nord-du-Québec region, occupying the northern half of the province, is sparsely populated and inhabited primarily by Aboriginal peoples.[11]

The climate around the major cities is four-seasons continental with cold and snowy winters combined with warm to hot humid summers, but farther north long winter seasons dominate and as a result the northern areas of the province are marked by tundra conditions.[12] Even in central Quebec, at comparatively southerly latitudes, winters are severe in inland areas.

Quebec independence debates have played a large role in the politics of the province. Parti Québécois governments held referendums on sovereignty in 1980 and 1995. Although neither passed, the 1995 referendum saw the highest voter turnout in Quebec history, at over 93%, and only failed by less than 1%.[13] In 2006, the House of Commons of Canada passed a symbolic motion recognizing the "Québécois as a nation within a united Canada".[14][15]

While the province's substantial natural resources have long been the mainstay of its economy, sectors of the knowledge economy such as aerospace, information and communication technologies, biotechnology, and the pharmaceutical industry also play leading roles. These many industries have all contributed to helping Quebec become an economically influential province within Canada, second only to Ontario in economic output.[16]