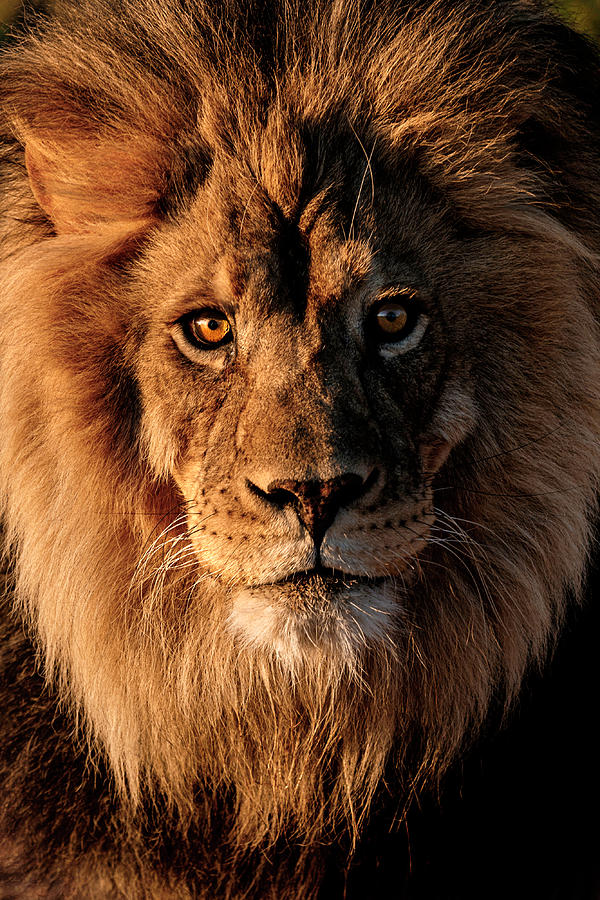 The lion is often simply called an African lion but there are actually lions found in other countries. There is an Asiatic Lion but their number are decreasing. Some males found in Africa can weigh up to 550 lbs. and are the second-largest living cat after the tiger. In the wild, males which are grow shaggy manes as they mature usually live no longer than 10 to 14 years due to their harsh life fighting rival males. In captivity they can reach up to 20 years.

Thanks, it pays to be ready the moment the sun makes it's appearance.