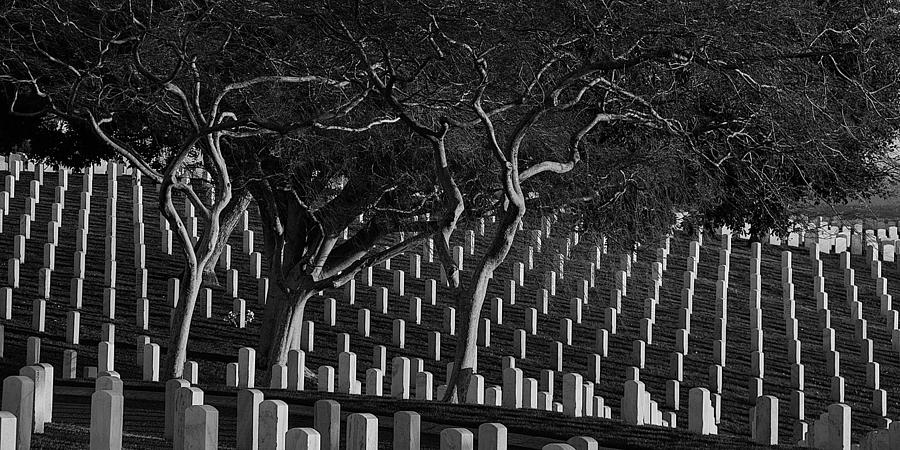 "Never was so much owed by so many to so few." Winston Churchill


"It is foolish and wrong to mourn the men who died. Rather we should thank God such men lived." George S. Patton


Fort Rosecrans covers over 75 acres in Point Loma, California. The remains of 112,000 people from military conflicts dating back to the 1800’s include casualties of the Battle of San Pasqual, and at least 23 winners of the Medal of Honor. The last space was claimed in 2014. It was placed on the U.S. National Register of Historic Places in 2016.

Thanks Ben! Your comments are most appreciated.

Love those trees up there, especially in the fog.