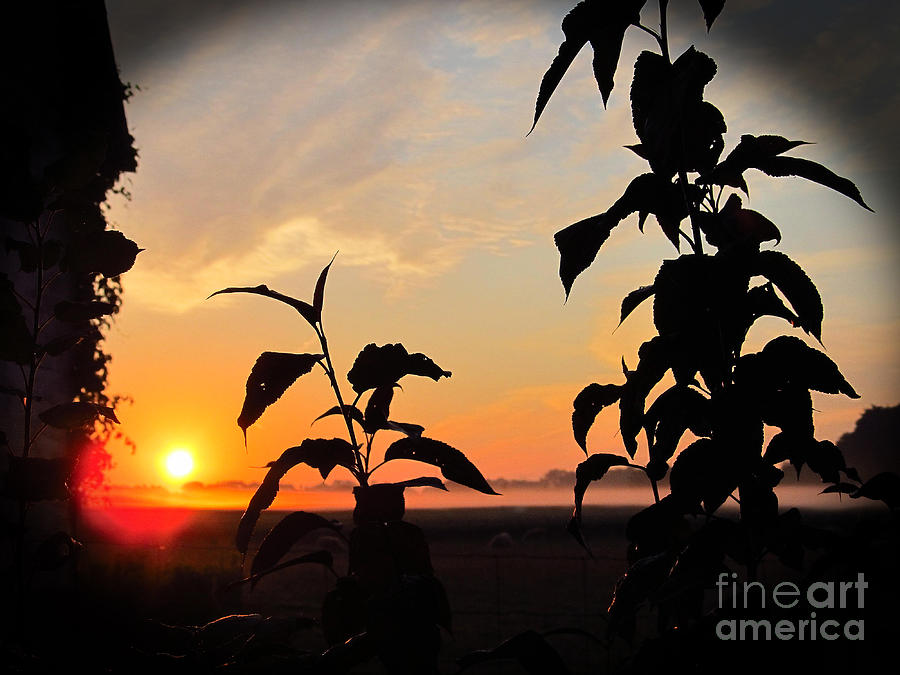 Sunrise or sun up is the instant at which the upper edge of the Sun appears over the eastern horizon in the morning. The term can also refer to the entire process of the Sun crossing the horizon and its accompanying atmospheric effects.Although the Sun appears to "rise" from the horizon, it is actually the Earth's motion that causes the Sun to appear. The illusion of a moving Sun results from Earth observers being in a rotating reference frame; this apparent motion is so convincing that most cultures had mythologies and religions built around the geocentric model, which prevailed until astronomer Nicolaus Copernicus first formulated the heliocentric model in the 16th century.Architect Buckminster Fuller proposed the terms "sunsight" and "sunclipse" to better represent the heliocentric model, though the terms have not entered into common language.
Astronomically, sunrise occurs for only an instant: the moment at which the upper limb of the Sun appears tangent to the horizon. However, the term sunrise commonly refers to periods of time both before and after this point: Twilight, the period during which the sky is light but the Sun is not yet visible (morning), or has just passed out of visibility (evening). The beginning of morning twilight is called dawn. The period after the Sun rises during which striking colors and atmospheric effects are still seen.
Sunset colors are sometimes more brilliant than sunrise colors because evening air typically contains more large particles, such as clouds and smog, than morning air. These particles glow orange and red due to Mie scattering during sunsets and sunrises because they are illuminated with the longer wavelengths that remain after Rayleigh scattering If the concentration of large particles is too high (such as during heavy smog), the color intensity and contrast is diminished and the lighting becomes more homogenous. When very few particles are present, the reddish light is more concentrated around the Sun and is not spread across and away from the horizon. Sometimes just before sunrise or after sunset a green flash can be seen. This is an optical phenomenon in which a green spot is visible above the sun, usually for no more than a second or two. Atmospheric refraction causes the Sun to be seen while it is still below the horizon. The Sun appears larger at sunrise than it does while higher in the sky, in a manner similar to the moon illusion. The Sun appears to rise above the horizon and circle the Earth, but it is actually the Earth that is rotating, with the Sun remaining fixed. This effect results from the fact that an observer on Earth is in a rotating reference frame. Occasionally a false sunrise occurs, demonstrating a very particular kind of Parhelion belonging to the optical phenomenon family of halos