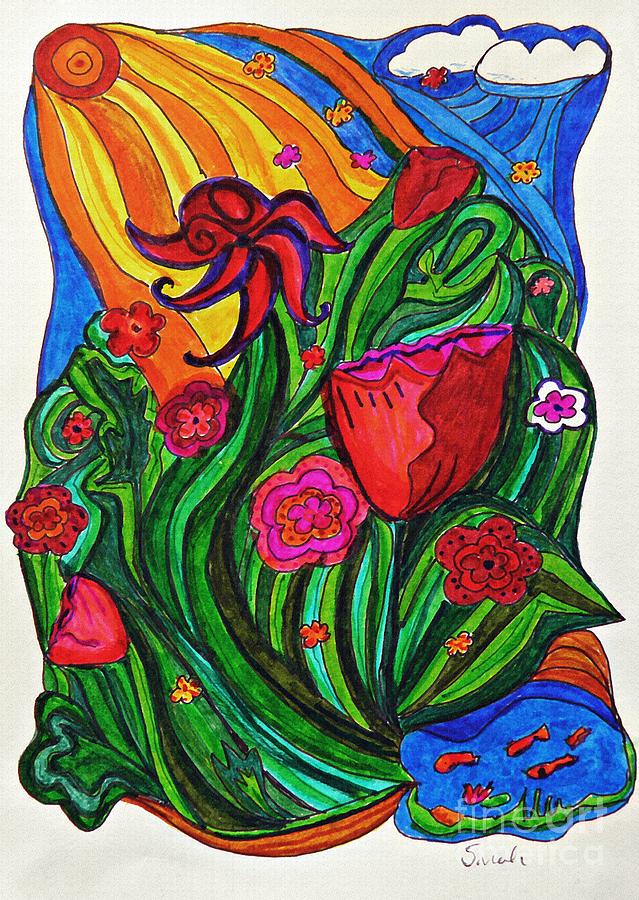 This is a watercolor marker drawing/ painting showing an abstract summer landscape. The image has a digitally added texture.

Featured in the Visions Of Spring - Glances Of Summer group, May 2018.

So beautiful and creative! Lfp

Such a cheerful and wonderful abstract, Sarah! Love this original style. L/F

Wonderful drawing Sarah! I love it ❤

Congratulations! Your extraordinary work has been Featured in the Fine Art America group “The Earth Is Art”! You are invited to archive your featured image for permanent storage and for viewing on the Discussions Page in: “2018 Member's Extraordinary Features Images Archive 3.0!” theme. Simply copy your image’s Embed URL on your image’s profile page, and paste it into the Discussion Topic site: https://fineartamerica.com/groups/the-earth-is-art-.html?showmessage=true&messageid=4138611

Thank you, Kelley! I appreciate the feature.

Love this Sarah...colourful, breezy and carefree!