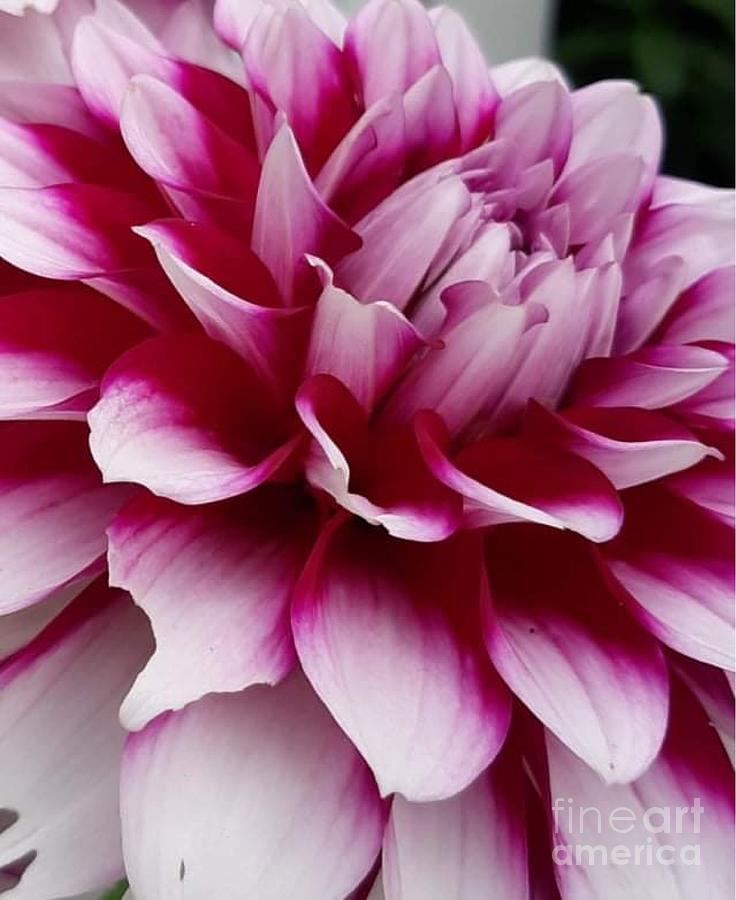 dahlias are perennial plants with tuberous roots, though they are grown as annuals in some regions with cold winters. While some have herbaceous stems, others have stems which lignify in the absence of secondary tissue and resprout following winter dormancy, allowing further seasons of growth.[6] As a member of the Asteraceae, the dahlia has a flower head that is actually a composite (hence the older name Compositae) with both central disc florets and surrounding ray florets. Each floret is a flower in its own right, but is often incorrectly described as a petal, particularly by horticulturists. The modern name Asteraceae refers to the appearance of a star with surrounding rays.