Stuck In The Sand 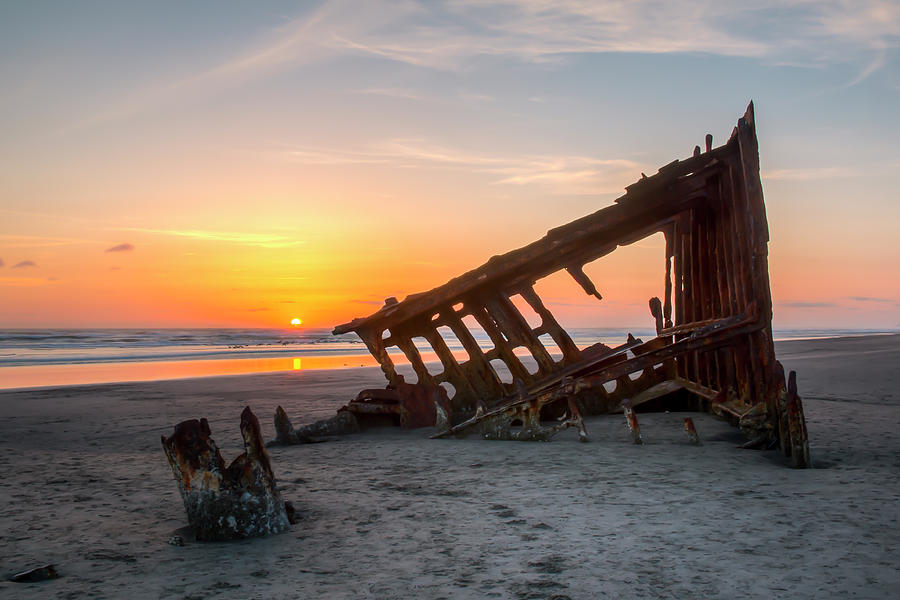 Stuck In The Sand

The Peter Iredale was a four-masted steel barque sailing vessel that ran ashore October 25, 1906, on the Oregon coast en route to the Columbia River. It was abandoned on Clatsop Spit near Fort Stevens in Warrenton (now Ft Stevens State Park) about four miles (6 km) south of the Columbia River channel.

One of your peers nominated this image in the 1000 views Groups nominated images by your fellow artist in the Special Features #11 promotion discussion. Please visit and pass on the love to another artist.

Nominating this Gorgeous Piece into the 1000 Views Group Special ....Blessings....v./f./tweet

Great light and composition !! Love the subtle hues throughout the sky !!

Outstanding capture of this very interesting wreckage, Kristina! Wonderful composition and a perfect time of day, with the gorgeous sunset and the light coming through the openings! l/f

This unique image is both beautiful and haunting.

You captured this wreckage very nicely. This boat has been photographed by many tourists through out the years, BUT you captured it very nicely with the sun going down and the light coming through the "windows" Good for you on 3rd in the Forgotten by Time contest! Yeah!

Love this shipwreck! Congratulations on your beautiful photograph reaching over 500 views! tweet

Amazing Photo I love the setting sun on the abandoned ship.

Absolute pleasure looking through your collection :)