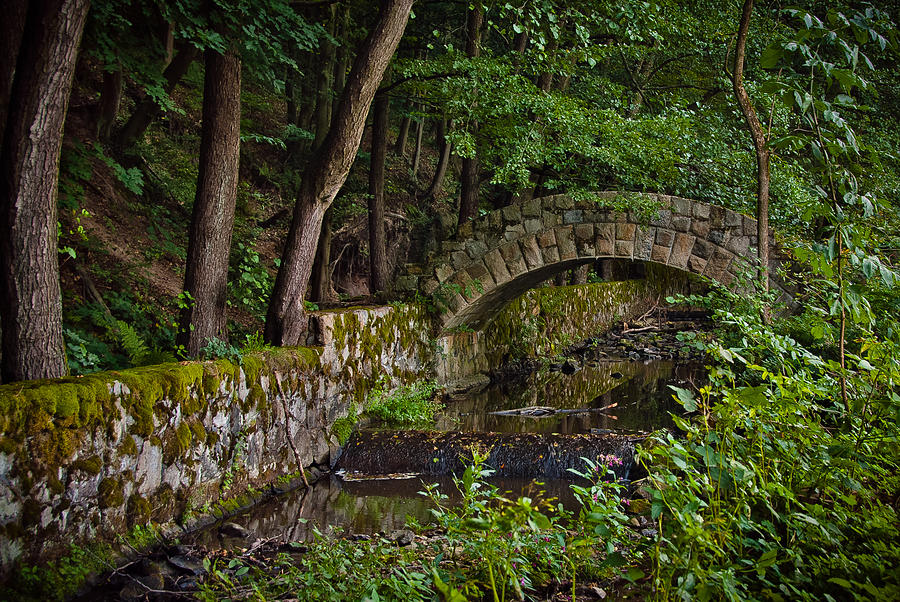 This photo was taken in Zelezna Studnička (Little Iron Well) which is part of the Little Carpathians mountain range, just ten minutes from where an epicenter of Judaism once was. With the first Jews arriving in this region prior to the 13th century, present-day Slovakia is rich with cultural history. Once the capital of Kingdom of Hungary part of the Habsburg Monarchy, it was also once one of the most ancient and vital Jewish centers. During its height, the now capital Bratislava was home to many of the most important rabbis in Central European Jewry. Among them, Rabbi Moshe Sofer, the leading Orthodox rabbi of his generation, who is known for his motto "the Torah forbids innovation," established a yeshiva there in the early 19th century which became the largest and most influential yeshiva since the time of Babylonian Talmud. It was at the Pressburg Yeshiva that some 350 prominent rabbinic works were published, and hundreds of students who would go on to be the leading rabbis throughout the Austro-Hungarian empire.

Shortly after taking this photo I came across a sign which read: "We advise you not to leave the marked trails because the forest park contains unexploded munitions from the Second World War." This prompted a realization that this scene so serene and relaxing, abundant with full green forest and suburban recreation and leisure, was just a few decades ago was a location charged with battle, distress, and terror. The Nazi occupation resulted in nearly 90,000 Jews of Slovakia perishing. Yet the destruction that ensued would never have been brought to mind if it wasn't for the sign.

Time has repaired the area returning it into a beautiful and enjoyed landscape. In actively managing the national forest, the Slovak government seeks to continually enhance it for more than just wood production, but instead consciously declaring a purpose to create and facilitate the area as a pleasant environment for the public's leisure and relaxation. In a perfect capture of Tikkun Olam, the munitions warning sign also read "Chr�ňme pr�rodu, sme jej s�časťou!", which translated means "We must protect nature, because we are part of it!"

Further research finds the Slovak government enacting: "In addition to carrying out basic forestry work such as reforestation, the protection and treatment of young vegetation,the operation of tree nurseries, cultivating and regeneration activities, removal and haulage of felled wood, ... focuses chiefly on activities aimed at creating the conditions for short-term recreation, with the objective of supporting the tourist and recreational function."

A hard subject to shoot ! The way you make various eelements stand out makes it spectacular

Fascinating and tranquil - love this photo!

This is a great photo, I love it

Beautiful capture, Aaron! I just heard you will be new admin of the group Outdoor Reflections! Welcome. L/F/Shared! And following!

Thanks Theresa! I very much appreciated it. And yes, I'm looking forward to helping with the group.

What a beautiful image, Aaron!! Love the composition!! F/L/T

I appreciate your comment Bruce, thanks! This is indeed one of my favorite photos I've ever taken.

Thanks Joan! I have this printed as a 40x30" canvas hanging above my living room fireplace and it looks wonderful.