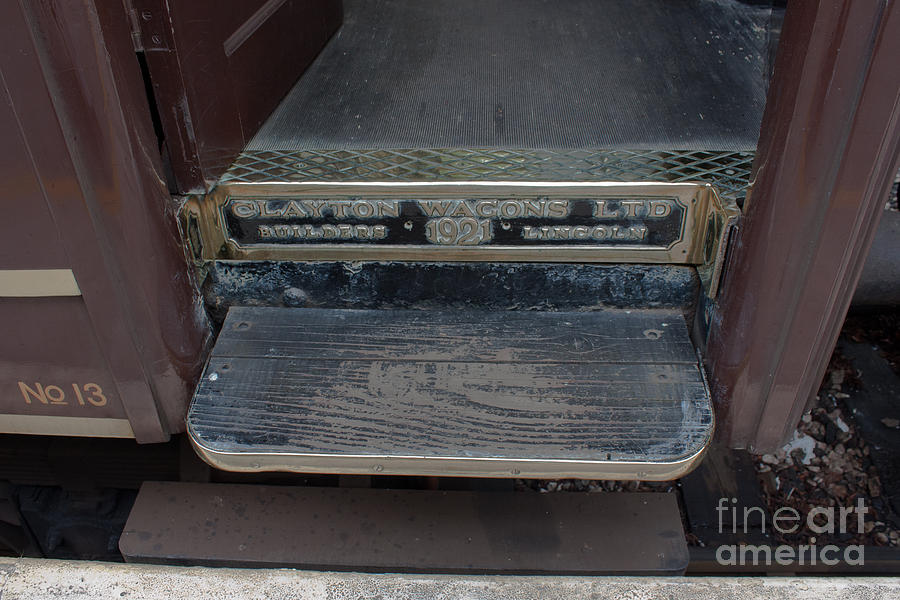 A simple image of the steps and brass plate of the Devon Belle.
On Friday June 20th 1947 the Southern Railway introduced a Pullman Car train named the "Devon Belle". It was despatched from London Waterloo Station at 12 Midday by the Minister of Transport, Mr Alfred Barnes. The train would run on Fridays, Saturdays, Sundays and Mondays throughout the summer until Monday October 27th 1947. At Exeter Central Station the front portion would go on to Okehampton, Tavistock and Plymouth Friary while the rear, with its Observation Car, would go to Barnstaple and Ilfracombe. The Plymouth portion would accommodate a total of 124 passengers, of which 102 would be 3rd class. The Ilfracombe section would have seating for 208, exclusive of those in the Observation Car, of which 138 would be in 3rd class.
Today the Devon Belle and Observation Car is running on the The Paignton and Dartmouth Steam Railway line from Paignton Station to Kingswear Station Dartmouth

Oops! I took the date from the brass plate instead of from the description. Should have said 1947.

Think of all the feet that have been there since 1921!! Very nice work!

Excellent capture of this antique!

A neat detail of this old railway car.

You've captured so many fine details of these magnificent old trains, well done!