Stare Of A Red-tailed Hawk 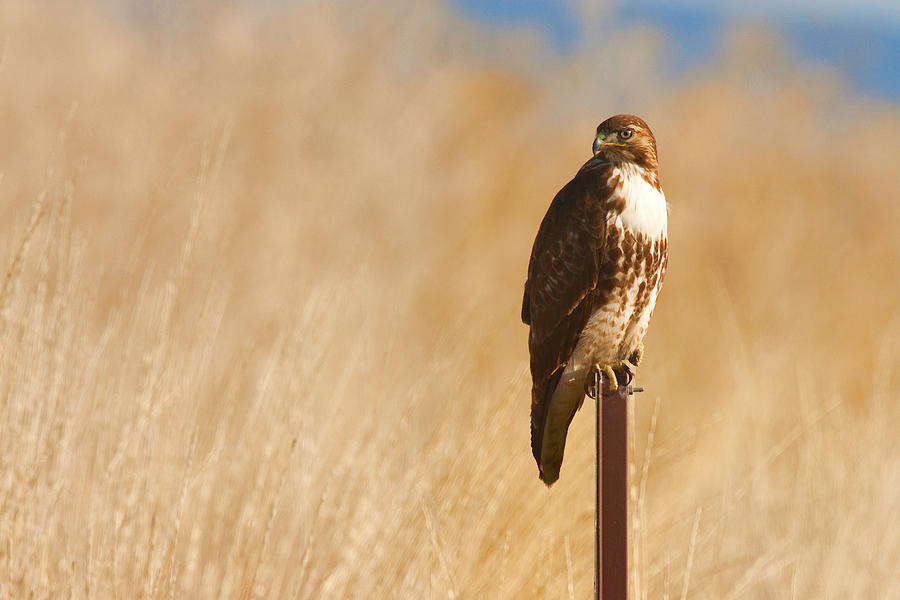 Stare Of A Red-tailed Hawk

The Red-tailed Hawk (Buteo jamaicensis) is a bird of prey, one of three species colloquially known in the United States as the “chickenhawk," though it rarely preys on standard sized chickens. It breeds throughout most of North America, from western Alaska and northern Canada to as far south as Panama and West Indies, and is one of the most common buteos in North America. It occupies a wide range of habitats and altitudes, including deserts, grasslands, forests, tropical rainforests, agricultural fields and urban areas. It lives throughout the North American continent, except in areas of unbroken forest or the high arctic. It is legally protected in Canada, Mexico and the United States by the Migratory Bird Treaty Act.

Because they are so common and easily trained as capable hunters, the majority of hawks captured for falconry in the United States are Red-tails. Falconers are permitted to take only passage hawks (which have left the nest, are on their own, but are less than a year old) so as to not affect the breeding population. Adults, which may be breeding or rearing chicks, may not be taken for falconry purposes and it is illegal to do so. Passage red-tailed hawks are also preferred by falconers because these younger birds have not yet developed adult behaviors, which will make training substantially more challenging.

Wow! Lovely bird of prey! Great capture of its "expression"

Beautiful and haunting Stare of a Red-tailed hawk, Ram!