Standin On The Corner 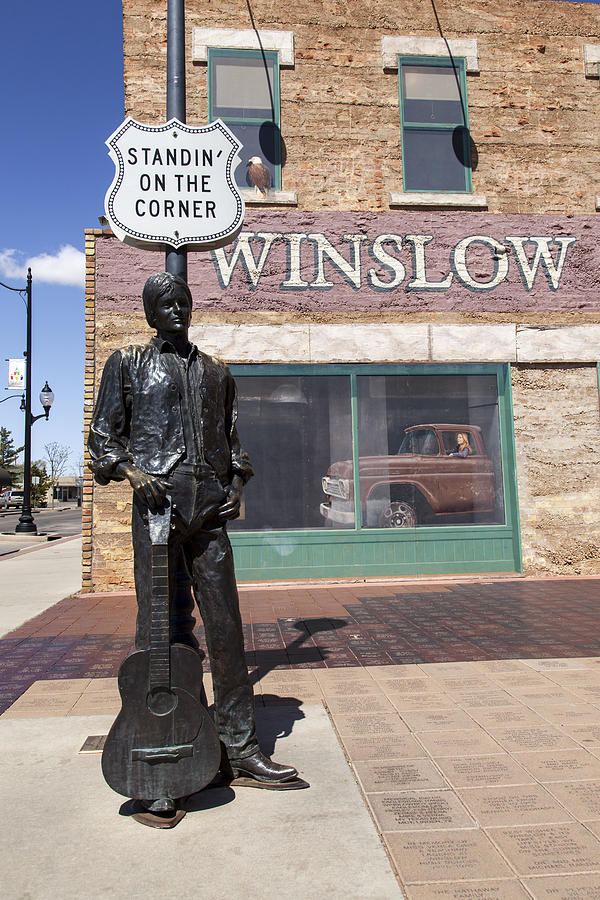 Standin On The Corner

After Interstate 40 bypassed Winslow in the late 1970's, and Route 66 was removed from the maps, Winslow had seen a steady decline. In 1997, after their success in restoring the historic La Posada Hotel, business leaders gathered together to design and build a park in downtown Winslow that paid tribute to the Jackson Browne & Glenn Frey lyrics in the song "Take it Easy" and it was decided to build a park in Winslow's downtown area.

The Standin' On the Corner Foundation sent out requests for proposals to dozen of architects and settled on a design that included a mural and bronze statue depicting a 1970's man standing on the corner wearing jeans, boots, shirt and vest with a guitar standing on the toe of his boot. The park also had planters with built-in seating, native landscaping trees, lighting, and inscribed bricks. After two years of dedicated effort the dedication celebration took place on September 10 & 11, 1999.