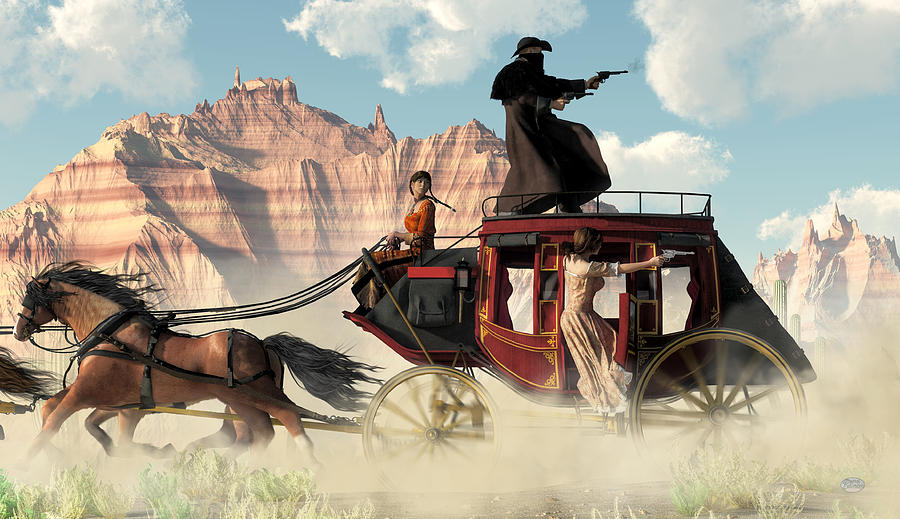 In a swirl of dust, a group of Wild West adventures staves off pursuit as their stagecoach barrels across the dusty desert. A native american woman handles the horses but looks over her shoulder to check on the others. Meanwhile, a woman in a dress leans out of the coach pointing a six shooter at whomever chases them. Atop the racing vehicle stands the man in black, wearing a black hat, a face scarf and a coat that flaps in the wind. With a smoking pistol in each, he ready for a gunfight.

I've featured the man in black in several of my works now. He's quickly becoming a favorite character of mine, but for this work, I wanted a larger action scene. So, I've given him some partners. This is my first western themed image to include a stage coach. It took some work to give it a real sense of movement.