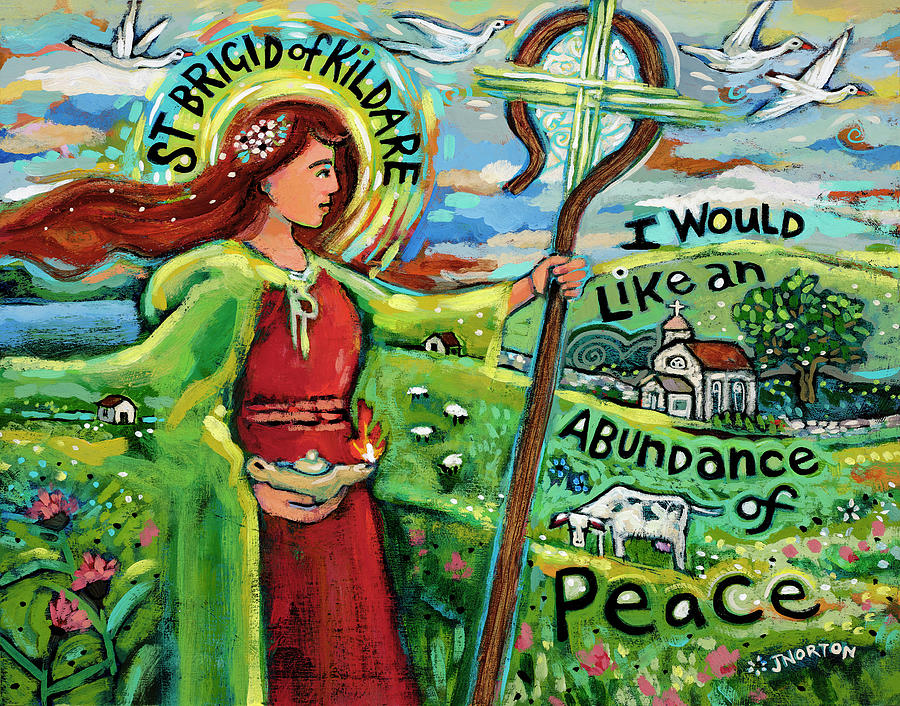 Saint Brigid's mother was a slave baptized by St. Patrick who was sold to a Druid when she became pregnant with Brigid by a Leinster chieftain. Legend has it that Brigid could not stomach any food the impure Druid tried to feed her, so a white cow with red ears sustained her in childhood. She was a generous child, always feeding the poor. Her charitable nature eventually led to her freedom by the king. She founded a monastery, the Church of the Oak, built above a pagan shrine to the Celtic goddess Brigid, as well as a school of art. She also founded two monastic institutions and governed them with peace until her death.