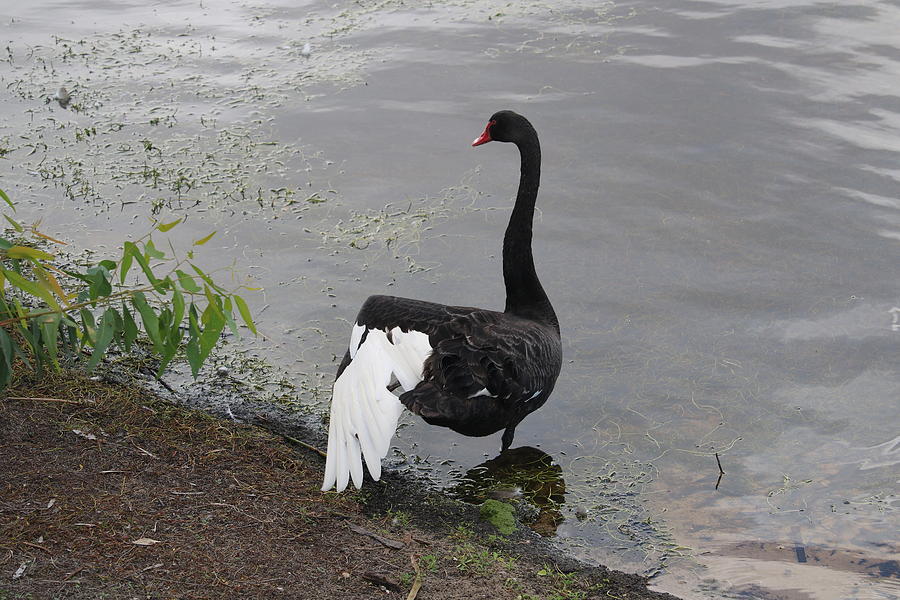 The black swan (Cygnus atratus) is a large waterbird, a species of swan which breeds mainly in the southeast and southwest regions of Australia. Within Australia, the black swan is nomadic, with erratic migration patterns dependent upon climatic conditions. It is a large bird with mostly black plumage and a red bill. It is a monogamous breeder, with both partners sharing incubation and cygnet-rearing duties.

The black swan was introduced to various countries as an ornamental bird in the 1800s, but has managed to escape and form stable populations. Described scientifically by English naturalist John Latham in 1790, the black swan was formerly placed into a monotypic genus, Chenopis. Black swans can be found singly, or in loose companies numbering into the hundreds or even thousands. It is a popular bird in zoological gardens and bird collections, and escapees are sometimes seen outside their natural range.

This bird is a regional symbol of both Western Australia, where it is native, and the English town of Dawlish, where it is an introduced species

Fine capture, love the framing by the reflected light and water plants too

This is lovely Mik....I didn't before realise just how much white was on the underside of the wing. Excellent capture and notes....like and favourite

Thank you, I think it varies on each bird

Wonderful work. Thank you for submitting your image to the Ducks, Geese and Swans Only Group where the image is now featured on the home page. Feel free to post this in the Featured archive in the group discussion page section L/F

Congratulations your image has been chosen as a feature on "AUSTRALIA IN PICTURES" To ensure that your image remains available over time, you can archive your art in the discussion.