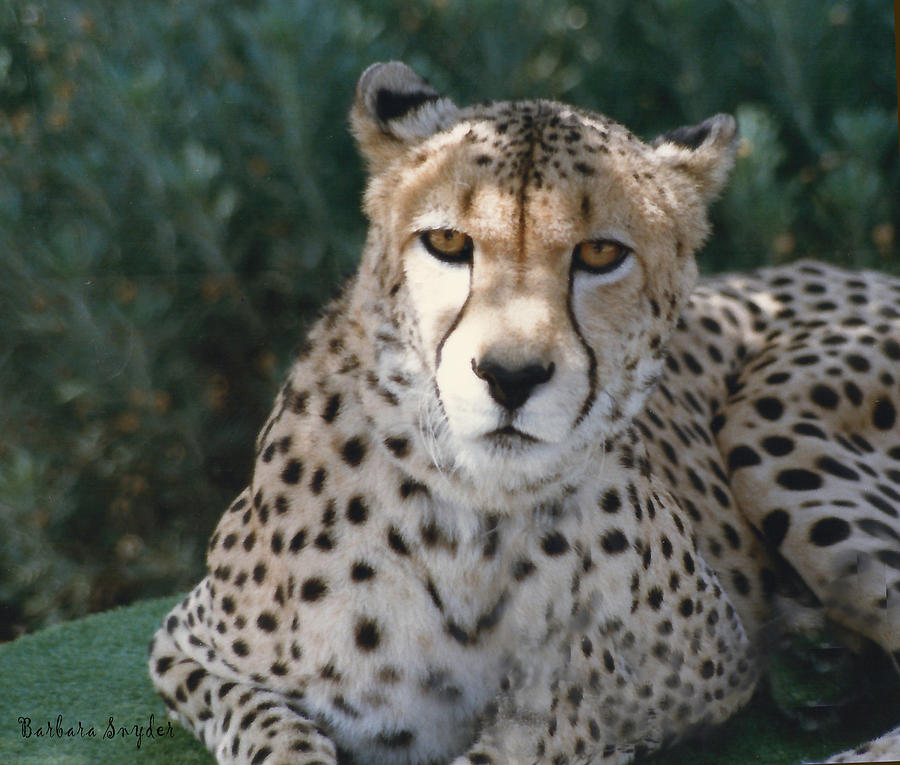 The leopard (Panthera pardus) is a member of the Felidae family with a wide range in some parts of Africa and tropical Asia, from Siberia, South and West Asia to across most of sub-Saharan Africa. It is listed as Near Threatened on the IUCN Red List because it is declining in large parts of its range due to habitat loss and fragmentation, and hunting for trade and pest control. It is regionally extinct in Hong Kong, Singapore, Kuwait, Syrian Arab Republic, Libya and Tunisia.[1]

The leopard /ˈlɛpərd/ is the smallest of the four "big cats" in the genus Panthera. Compared to other members of the Felidae, the leopard has relatively short legs and a long body with a large skull. It is similar in appearance to the jaguar, but is smaller and more slightly built. Its fur is marked with rosettes similar to those of the jaguar, but the leopard's rosettes are smaller and more densely packed, and do not usually have central spots as the jaguars do. Both leopards and jaguars that are melanistic are known as black panthers.

The species' success in the wild is in part due to its opportunistic hunting behavior, its adaptability to habitats, its ability to run at speeds approaching 58 kilometres per hour (36 mph), its unequaled ability to climb trees even when carrying a heavy carcass,[2] and its notorious ability for stealth. The leopard consumes virtually any animal that it can hunt down and catch. Its habitat ranges from rainforest to desert terrains.


Original photography by Barbara Snyder M.A.Ed. Barbara lives on the Central Coast of California. As a California native she has always felt the allure of the great variety of natural features offered in her home state. Born in Santa Maria, California, Barbara graduated from California Polytechnic State University in San Luis Obispo as a history major, English minor. She earned her Master's degree in education from the same university and began a teaching career that has spanned over 3 decades. During that time photography has always been a part of her life and has been enhanced by the opportunities for summer travel and finding new subjects and interests to expand her photographic endeavors. . Being a co-owner of an art and frame gallery several years past has provided experiences that have added to her repertoire of skills and versatility in thinking. Barbara has been featured in Strictly Business Magazine, a Central Coast publication, designed to showcase local talents and to celebrate the entrepreneurial spirit. She has also written several articles and provided photographic contributions to that and other publications. Whether it is seascapes, vineyards, dessert, mountains, forest and all that in between, the pursuit of "fresh, natural and alive" subjects and scenes has inspired Barbara's work. She has shown a special fascination in her most recent works with the tropical features of Hawaii and the dessert landscapes of Arizona. Barbara's work offers a simplistic, rich view of life. Her work has been acclaimed as sensitive photography dedicated to bringing otherwise little noticed scenes to the public eye. Barbara's has brought the peace and tranquility of nature into so many homes. Her images hold the viewer with their sheer beauty and visual appeal that provide the lyrical commentary of nature's many gifts.