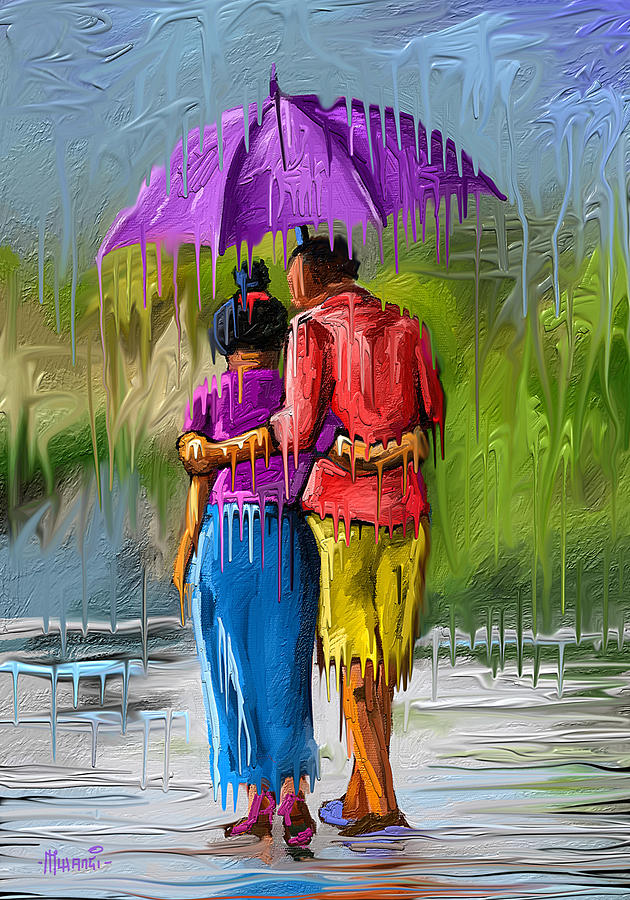 “According to Greek mythology, humans were originally created with four arms, four legs and a head with two faces. Fearing their power, Zeus split them into two separate parts, condemning them to spend their lives in search of their other halves.” That is a really dramatic way of explaining why we search for our Soulmates.

At a personal level, I find it easier to believe this myself; “And God said, “Let us make man in our image, after our own likeness..... Male and female He created them. And God blessed them and said to them, “Be fertile and increase...”

Love doesn't always play by the rules. In fact, sometimes it finds you in the place you were absolutely least expecting it. Whenever it finds you and you feel it in the bones, Go for it. No regrets.

You have blended the sea and scaled a mountain with a new point of view. Splendid!

Once again you have created another touching image. This truly captures a glimpse of the simple things that make life so much worth living. Great job my friend.

Look at this dripping rain!! I've never seen it portrayed this way, you are brilliant! like/f

Wow! I love rain paintings. This new style of yours is very interesting. I would like to see more of this type.

I thank you for your interest and comment Saundra

I appreciate the feature Murray