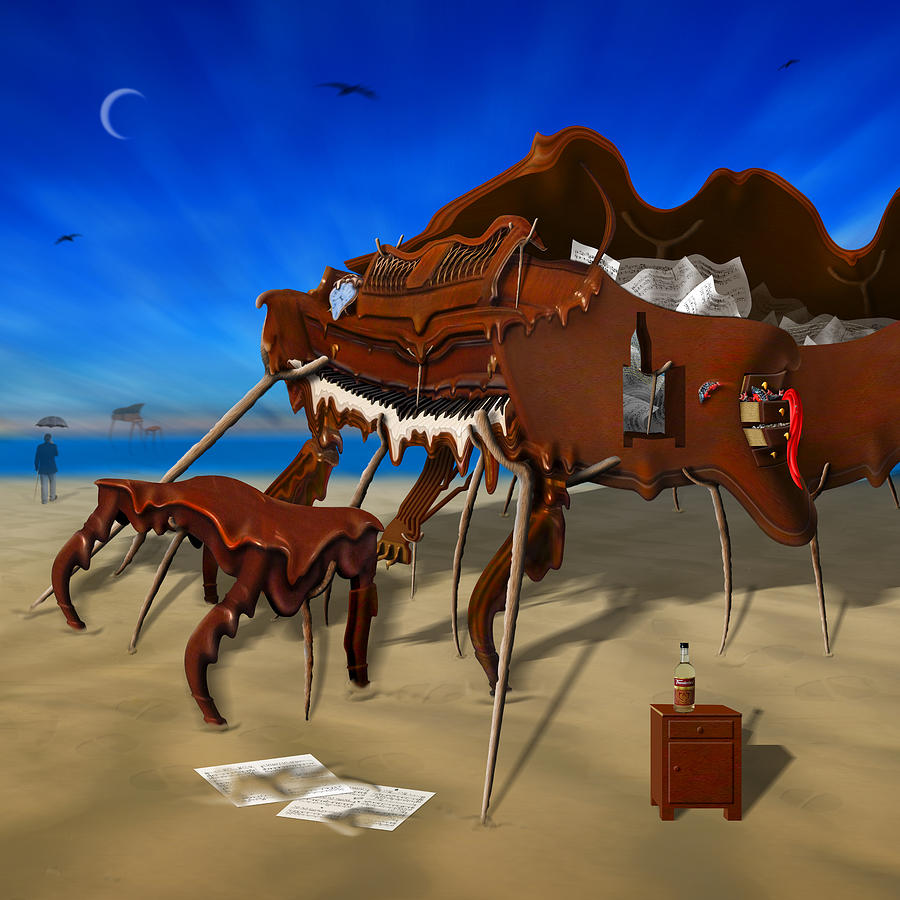 Back when the grand piano was first introduced to the desert climate there was much concern. Rightly so, there had been several independent tests conducted that showed less than promising results. In many cases drooping occurred and even melting has taken place after a minimal exposure to the extreme heat, yet, here they are. Left here to fend for themselves. As I set up to shoot this sight I saw him appeared like a mirage, carrying an umbrella to shield himself from the deadly sun rays and had a bundle of sticks over his shoulder. I backed away and sat down as he pulled out this tiny little pocket knife. I watched for hours in amazement as he carved, wood shavings flying everywhere, crutch by crutch, precisely placing each one around the piano to build back stability as he goes. He says, "My work here is done" and starts to walk away. I jumped up to shoot this amazing sight just before he disappears as fast as he arrived into a mirage. I never got his name, so, I just called him THE SOFT GRAND PIANO MAN and his legend lives on.

This is pretty awesome

Thank you Nekoda, I would be honored to join your group!

Great! You are warmly invited to join my new group "Art inspired by art"

Answering your question, this is a Suzuki Katana... Your website rocks, your creativity is amazing

Wow, Mike this is so cool, and the 3D feeling... Amazing! Congratulations, F/V

Thank you E, what kind of bike is that?

Thank you guys for your kind comments!

oh, wow, mike !! this is great...excellent work here...thank you, jude