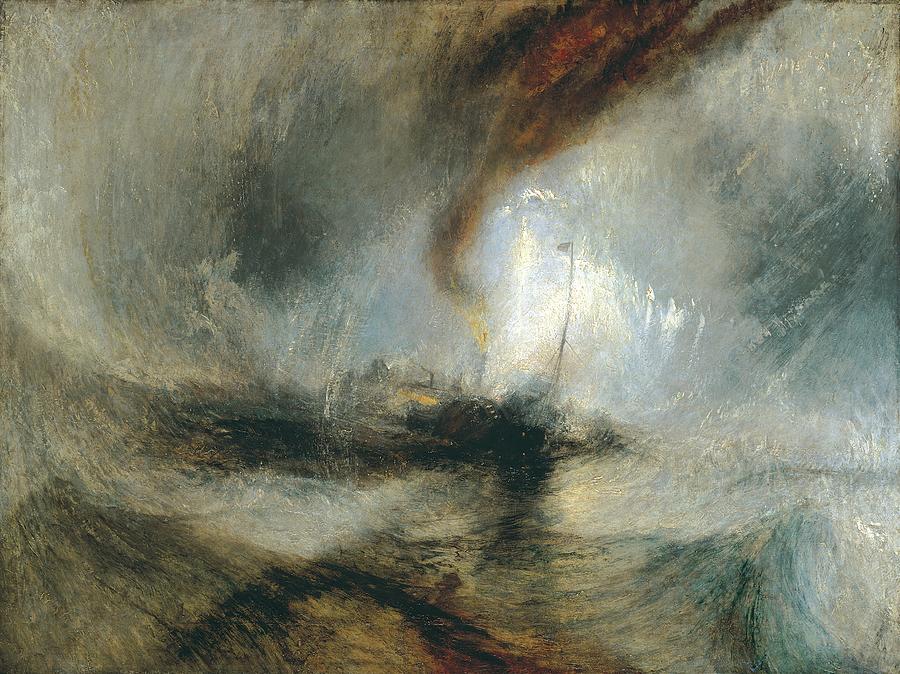 This is a reproduction of "Snow Storm - Steam-Boat off a Harbor's Mouth"of 1842 by Joseph Mallord William Turner. He was sixty-seven years old when he created this painting. Turner was born in London and was sent to live with his uncle when his mother became mentally unstable. He began drawing at the age of ten and his father sold them in his barber and wig shop. At fourteen he entered the Royal Academy of Art schools, and into the Academy itself the next year when he had his first exhibition. He traveled to Paris and Switzerland in 1802 and attracted several friends and patrons in his Twenties. He grew more eccentric with age and never married. He lived with his father for thirty years and, after his father's death in 1829, he was subject to depression. He had at least two romantic liaissons and died in 1851 at the house of his lover for eighteen years. This painting is an oil on canvas and measures 35.98 by 48 inches. It is in the Tate Gallery in London.