Snow In The Face 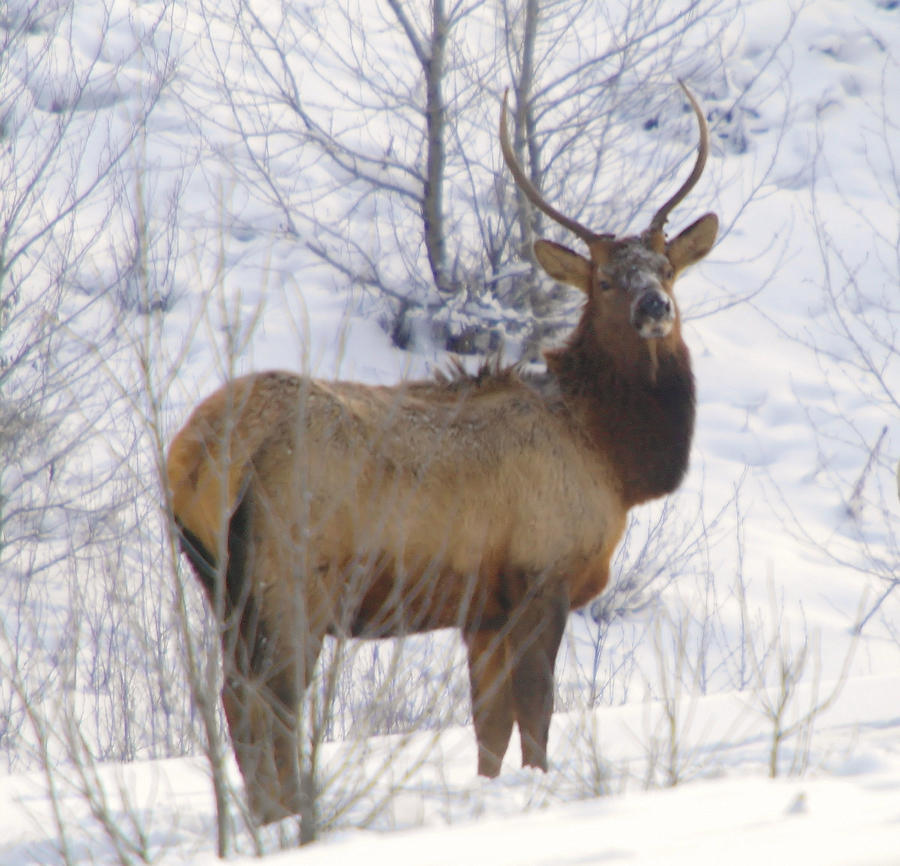 Snow In The Face

The elk or wapiti (Cervus canadensis) is one of the largest species of deer in the world, and one of the largest land mammals in North America and eastern Asia. It was long believed to be a subspecies of the European red deer (Cervus elaphus), but evidence from a 2004 study of the mitochondrial DNA indicates that the two are distinct species.

This animal should not be confused with the larger moose (Alces alces), to which the name "elk" applies in Eurasia. Apart from the moose, the only other member of the deer family to rival the elk in size is the south Asian sambar (Rusa unicolor).

Male elk have large antlers which are shed each year. Males also engage in ritualized mating behaviors during the rut, including posturing, antler wrestling (sparring), and bugling, a loud series of vocalizations which establishes dominance over other males and attracts females.

Some cultures revere the elk as a spiritual force. In parts of Asia, antlers and their velvet are used in traditional medicines. Elk are hunted as a game species; the meat is leaner and higher in protein than beef or chicken.[2]
Contents

Thanks buyer from Port Orchard Washington