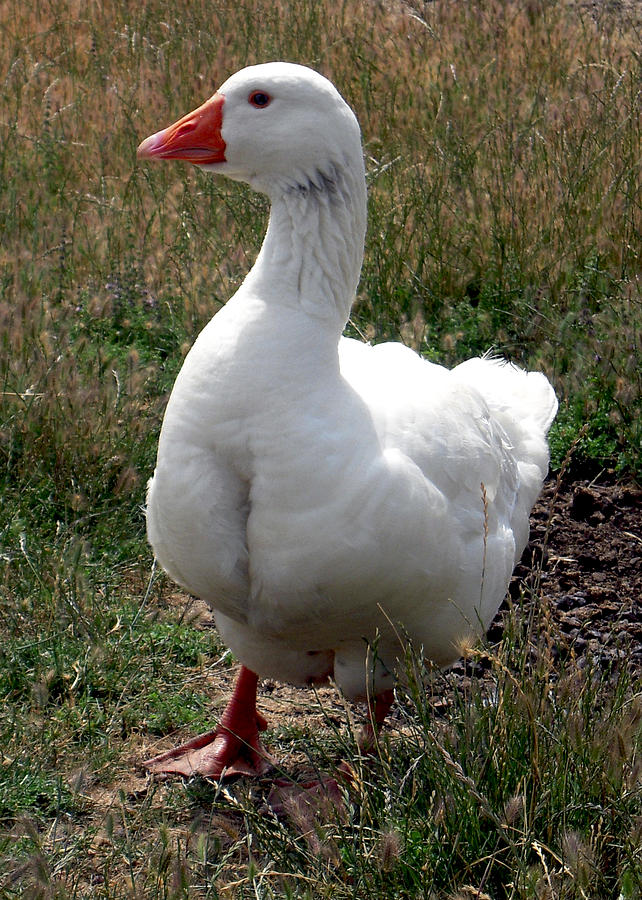 The snow goose (Chen caerulescens), also known as the blue goose, is a North American species of goose. Its name derives from the typically white plumage. The genus of this bird is disputed. The American Ornithologists' Union and BirdLife International place this species and the other "white geese" in the Chen genus,[2] while other authorities follow the traditional treatment of placing these species in the "gray goose" genus Anser.[3][4]
This goose breeds north of the timberline in Greenland, Canada, Alaska, and the northeastern tip of Siberia, and winters in warm parts of North America from southwestern British Columbia through parts of the United States to Mexico.[5] It is a rare vagrant to Europe, but a frequent escape from collections and an occasional feral breeder. Snow geese are visitors to the British Isles where they are seen regularly among flocks of barnacle, Brent and Greenland white-fronted geese. There is also a feral population in Scotland from which many vagrant birds in Britain seem to derive.
In Central America, vagrants are frequently encountered during winter.

The snow goose has two color plumage morphs, white (snow) or gray/blue (blue), thus the common description as "snows" and "blues." White-morph birds are white except for black wing tips, but blue-morph geese have bluish-grey plumage replacing the white except on the head, neck and tail tip. The immature blue phase is drab or slate-gray with little to no white on the head, neck, or belly. Both snow and blue phases have rose-red feet and legs, and pink bills with black tomia ("cutting edges"), giving them a black "grin patch." The colors are not as bright on the feet, legs, and bill of immature birds. The head can be stained rusty-brown from minerals in the soil where they feed. They are very vocal and can often be heard from more than a mile away.
White- and blue-morph birds interbreed and the offspring may be of either morph. These two colors of geese were once thought to be separate species; since they interbreed and are found together throughout their ranges, they are now considered two color phases of the same species. The color phases are genetically controlled. The dark phase results from a single dominant gene and the white phase is homozygous recessive. When choosing a mate, young birds will most often select a mate that resembles their parents' coloring. If the birds were hatched into a mixed pair, they will mate with either color phase.
The species is divided into two subspecies on the basis of size and geography. Size overlap has caused some to question the division.[5] The smaller subspecies, the lesser snow goose (C. c. caerulescens), lives from central northern Canada to the Bering Straits area. The lesser snow goose stands 64 to 79 cm (25 to 31 in) tall and weighs 2.05 to 2.7 kg (4.5 to 6.0 lb). The larger subspecies, the greater snow goose (C. c. atlanticus), nests in northeastern Canada. It averages about 3.2 kg (7.1 lb) and 79 cm (31 in), but can weigh up to 4.5 kg (9.9 lb). The wingspan for both subspecies ranges from 135 to 165 cm (53 to 65 in). Blue-morph birds are rare among the greater snow geese and among eastern populations of the Lesser.

Fabulous portrait of this big bird !

Thank you, Heather, he is my little ducky!

I thought he was a real cutie pie, glad you like him, Navin!

Congratulations, your beautiful ART has been Featured on "Fuzzy, Warm and Soft!"