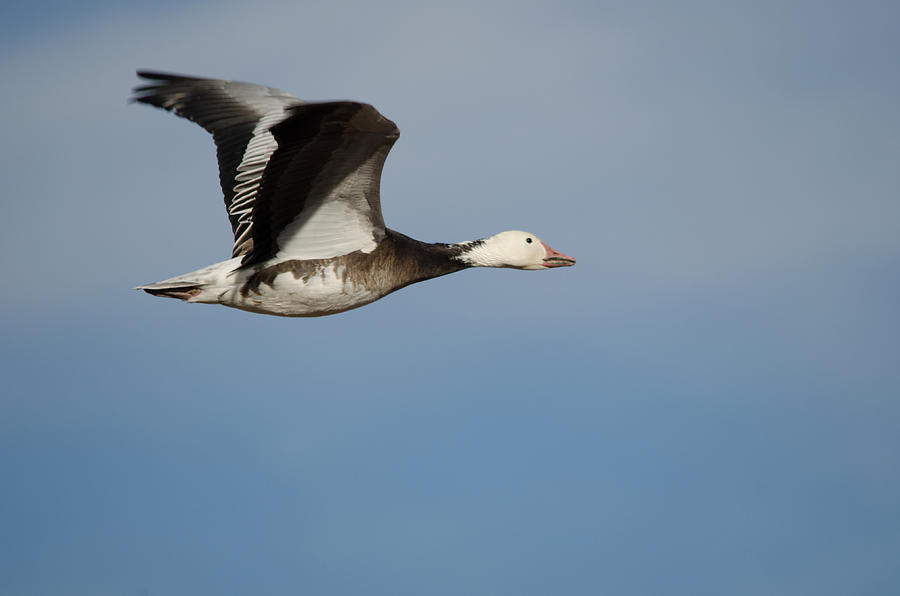 During my 2017 wanderings across the United States, I managed to stop and spend a day at Bosque Del Apache National Wildlife Refuge in New Mexico. In winter, hundreds of thousands of Snow Geese and many Ross's Geese stop here to winter. The best times to see them are early in the morning when they are lifting off from their roosting fields and late afternoon when they come into the same fields to get some last second feeding in before they go to sleep. This was taken in the afternoon as they were leaving the fields in twos and threes. Later in the evening there was a mass take off which was spectacular to witness.