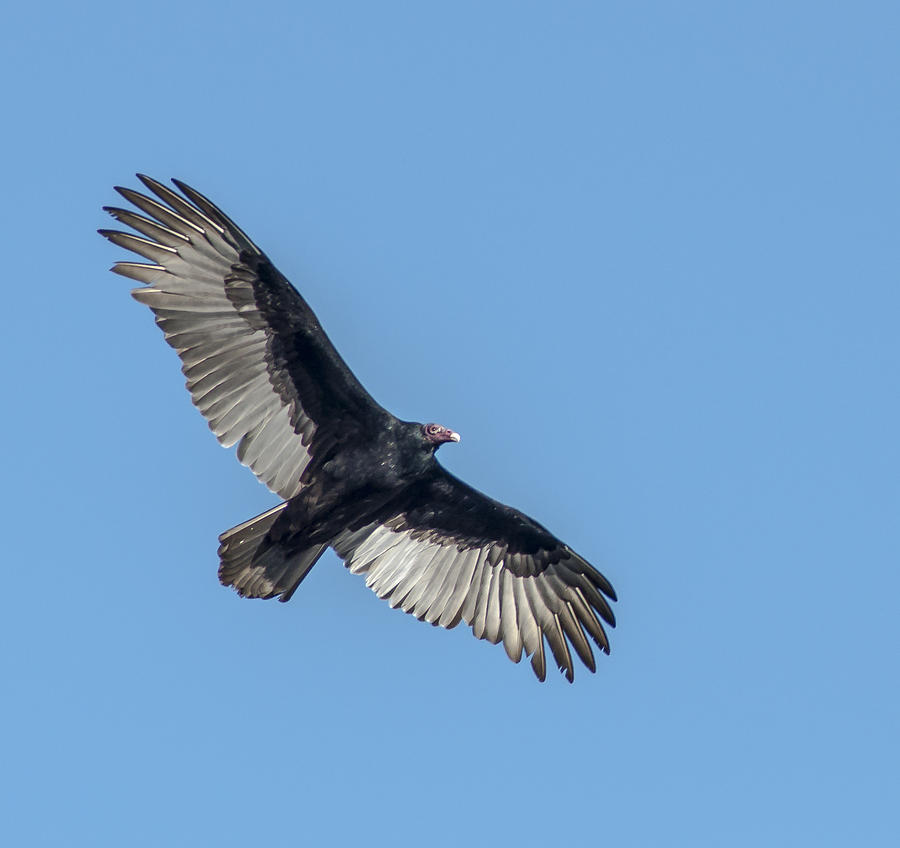 A turkey vulture spreads its wings to catch the November morning thermals over the Hillsborough River at Tampa Florida's John Sargent Park. Very few birds can match the vultures mastery of the skies.

The turkey vulture (cathartas aura) is a large bird measuring from 24" to 32" in length with a wingspan of 63" to 72." It is called turkey buzzard or just buzzard in some north American areas, and in some parts of the Carribean John crow or carrion crow. The word buzzard is a misnomer because a buzzard is actually a hawk of the buteo family.

They are mostly brownish black while their flight feathers appear silvery gray beneath their wings with dark linings. They have a small, featherless, red head in proportion to their body. With a relatively short, hooked ivory colord beak they are unable to break through the tough hide of large mammals and so must relay on other scavengers or large vultures like the king vulture and condors. Their eyes are gray brown. Although the legs and feet are pink skinned, they are usually stained white from urinating on them. The immature turkey vulture has a gray head with a black tip on its beak.

I'm glad you like it Scott. Thank you very much for the feature in the group "FAA Portraits - Birds."

Thank you very much Marcia.