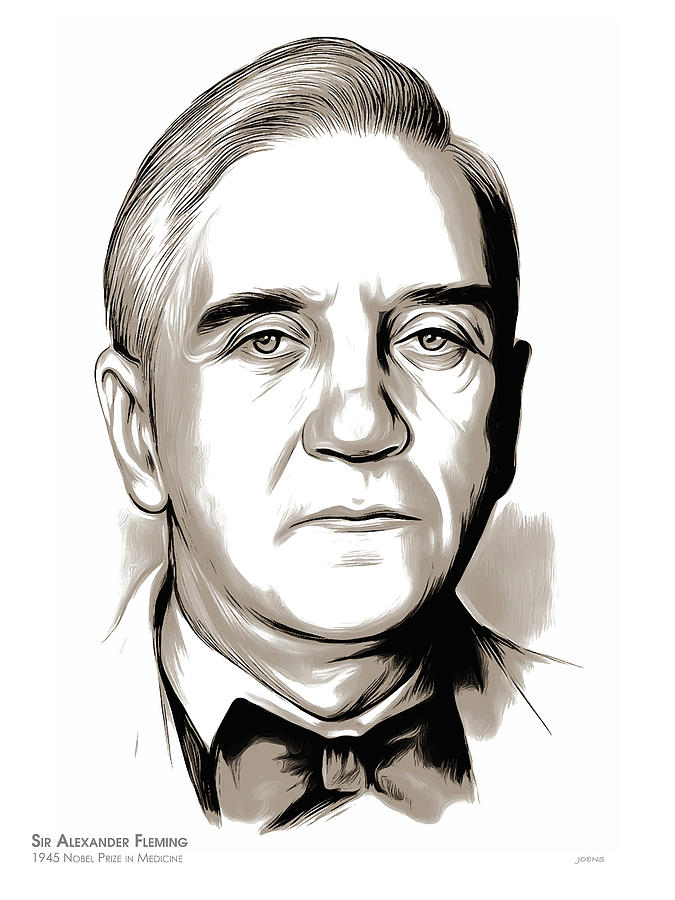 Sir Alexander Fleming FRS FRSE FRCS (6 August 1881 – 11 March 1955) was a Scottish biologist, physician, microbiologist, and pharmacologist. His best-known discoveries are the enzyme lysozyme in 1923 and the world's first antibiotic substance benzylpenicillin (Penicillin G) from the mould Penicillium notatum in 1928, for which he shared the Nobel Prize in Physiology or Medicine in 1945 with Howard Florey and Ernst Boris Chain. He wrote many articles on bacteriology, immunology, and chemotherapy.

Fleming was knighted for his scientific achievements in 1944. In 1999, he was named in Time magazine's list of the 100 Most Important People of the 20th century. In 2002, he was chosen in the BBC's television poll for determining the 100 Greatest Britons, and in 2009, he was also voted third "greatest Scot" in an opinion poll conducted by STV, behind only Robert Burns and William Wallace.

One of the reasons that I'm glad to be following your work on FAA is the fabulous education that you are giving me in such a delightful way.

Thank you, for the feedback, PJ... Im a big fan of the TV show Jeopardy... It's amazing how many interesting people that should be honored outside the usual pop culture.