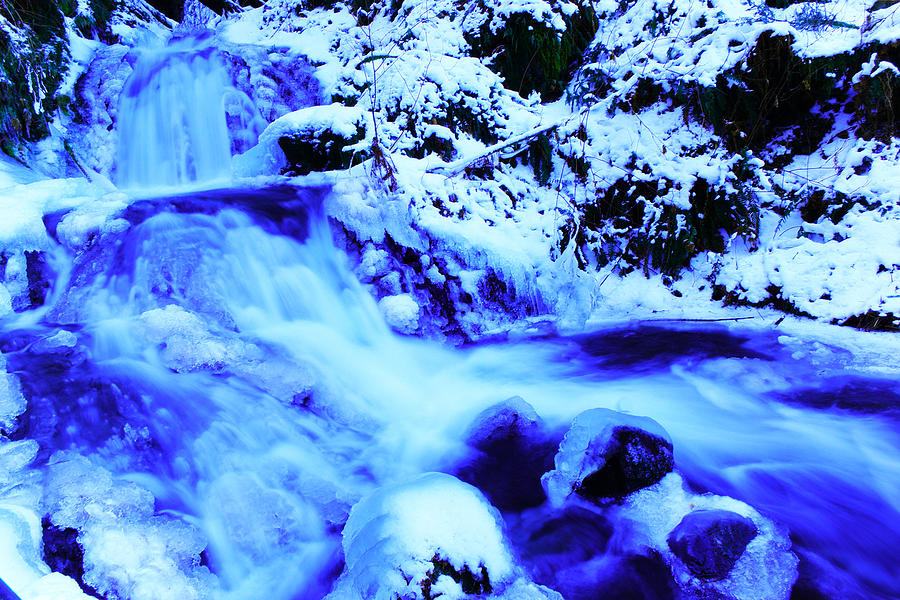 
Shepperd's Dell Bridge on the Historic Columbia River Highway
The Historic Columbia River Highway runs over the dell on a bridge that was the answer to one of the engineering challenges of the highway's construction. The dell was carved by a creek that includes two fairly substantial tumbling waterfalls. Due to the topography of the area, it is difficult to photograph the falls. As such, the bridge is what is normally pictured, and thus is arguably better known than the dell itself.

The spelling of the dell's name tends to vary depending on the source. The official Oregon State Park site spells it with the apostrophe,[1] however the GNIS entry omits the apostrophe.[2] Oregon Geographic Names appears to make a distinction between the name of the geographic feature and the name of the state park (now a state natural area), referring to both Shepperds Dell and Shepperd's Dell State Park.[3] Omitting the apostrophe when referring to the dell itself is consistent with the policies of the United States Board on Geographic Names, which strongly discourages the use of possessive apostrophes in geographic names.[4]

The treatment on this image is spectacular...l/f