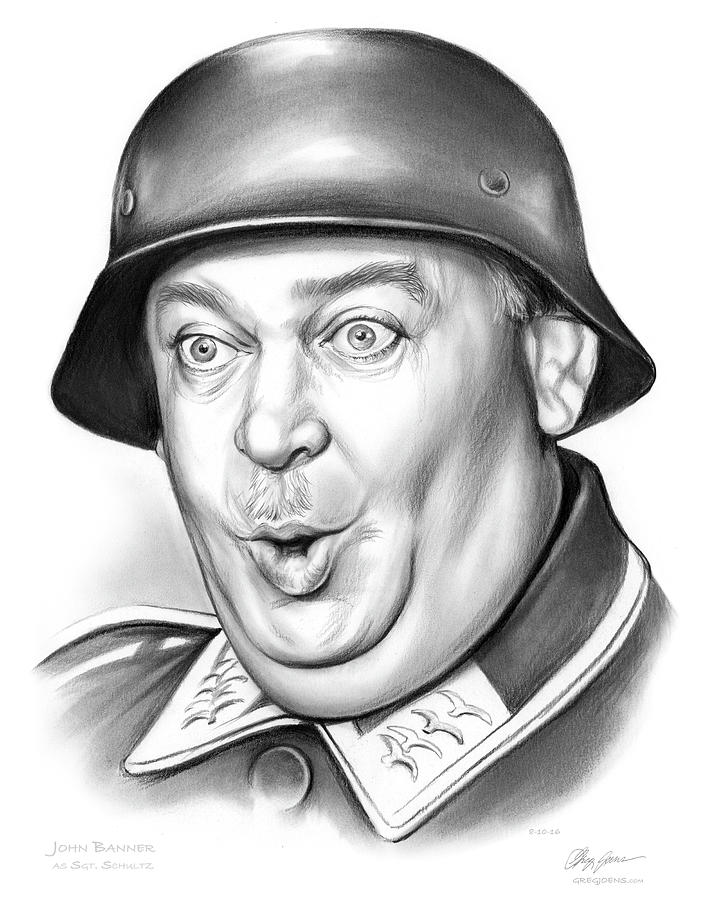 John Banner (28 January 1910 – 28 January 1973), born Johann Banner, was an Austrian film and television actor. He is best known for his role as Master Sergeant Schultz in the situation comedy Hogan's Heroes (1965–1971). Schultz, constantly encountering evidence that the inmates of his stalag were planning mayhem, frequently feigned ignorance with the catchphrase, "I see nothing! I hear nothing! I know nothing!" (or, more commonly as the series went on, "I see nothing, nothing!").

Excellent work. His famous line was: "I KNOW NOTHING".