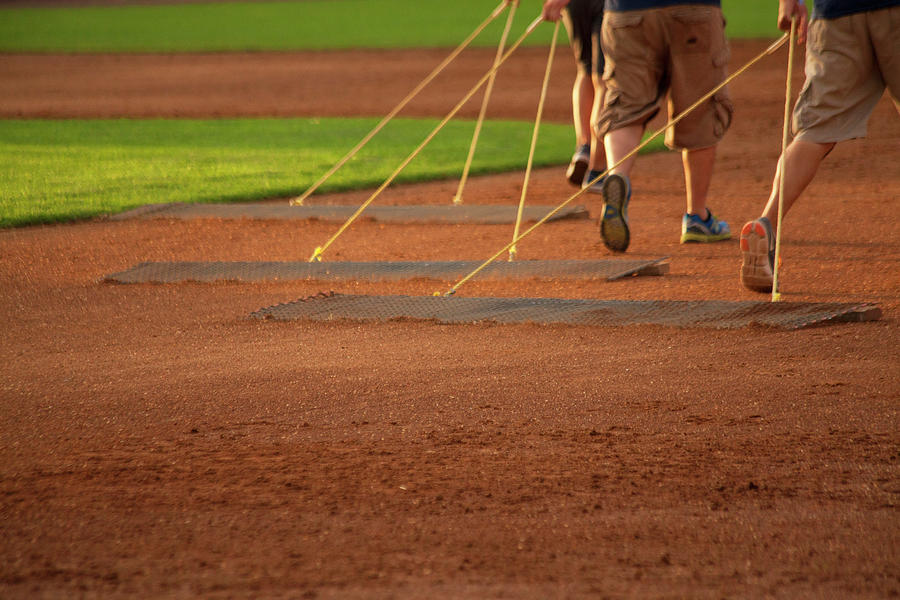 "One of the beautiful things about baseball is that every once in a while you come into a situation where you want to, and where you have to, reach down and prove something." Nolan Ryan

Interesting Facts about the history of Baseball per wiki

The earliest known mention of baseball in the United States was a 1791 Pittsfield, Massachusetts, ordinance banning the playing of the game within 80 yards (73 m) of the town meeting house.[1] In 1903, the British sportswriter Henry Chadwick published an article speculating that baseball derived from a British game called rounders, which Chadwick had played as a boy in England. But baseball executive Albert Spalding disagreed. Baseball, said Spalding, was fundamentally an American sport and began on American soil. To settle the matter, the two men appointed a commission, headed by Abraham Mills, the fourth president of the National League of Professional Baseball Clubs. The commission, which also included six other sports executives, labored for three years, after which it declared that Abner Doubleday invented the national pastime. This would have been a surprise to Doubleday. The late Civil War hero "never knew that he had invented baseball. [But] 15 years [after his death], he was anointed as the father of the game," writes baseball historian John Thorn. The myth about Doubleday inventing the game of baseball actually came from a Colorado mining engineer. Another early reference reports that "base ball" was regularly played on Saturdays in 1823 on the outskirts of New York City in an area that today is Greenwich Village.

In 1828, an article published in a Hagerstown, Maryland, newspaper briefly describes a young girl who's drawn away from her daily chores to play a familiar game with her friends. In "A Village Sketch," author Miss Mitford wrote: "Then comes a sun-burnt gipsy of six, beginning to grow tall and thin and to find the cares of the world gathering about her; with a pitcher in one hand, a mop in the other, an old straw bonnet of ambiguous shape, half hiding her tangled hair; a tattered stuff petticoat once green, hanging below an equally tattered cotton frock, once purple; her longing eyes fixed on a game of baseball at the corner of the green till she reaches the cottage door, flings down the mop and pitcher and darts off to her companions quite regardless of the storm of scolding with which the mother follows her runaway steps.

The first team to play baseball under modern rules were the New York Knickerbockers. The club was founded on September 23, 1845, as a social club for the upper middle classes of New York City, and was strictly amateur until it disbanded. The club members, including Alexander Cartwright, formulated the "Knickerbocker Rules", which in large part dealt with organizational matters but which also laid out rules for playing the game. One of the significant rules prohibited "soaking" or "plugging" the runner; under older rules, a fielder could put a runner out by hitting the runner with the thrown ball, similar to the common schoolyard game of kickball. The Knickerbocker Rules required fielders to tag or force the runner, as is done today, and avoided a lot of the arguments and fistfights that resulted from the earlier practice.

Writing the rules didn't help the Knickerbockers in the first known competitive game between two clubs under the new rules, played at Elysian Fields in Hoboken, New Jersey on June 19, 1846. The self-styled "New York Nine" humbled the Knickerbockers by a score of 23 to 1. Nevertheless, the Knickerbocker Rules were rapidly adopted by teams in the New York area and their version of baseball became known as the "New York Game" (as opposed to the "Massachusetts Game", played by clubs in the Boston area).

As late as 1855, the New York press was still devoting more space to coverage of cricket than to baseball.

In 1857, sixteen New York area clubs, including the Knickerbockers, formed the National Association of Base Ball Players (NABBP). The NABBP was the first organization to govern the sport and to establish a championship. Aided by the Civil War, membership grew to almost 100 clubs by 1865 and to over 400 by 1867, including clubs from as far away as California. During the Civil war, soldiers from different parts of the United States played baseball together, leading to a more unified national version of the sport. Beginning in 1869, the NABBP permitted professional play, addressing a growing practice that had not been permitted under its rules to that point. The first and most prominent professional clubs of the NABBP era were the Cincinnati Red Stockings in Ohio, which lasted only two years. Businessman Iver Whitney Adams then courted manager Harry Wright and founded the "Boston Red Stockings" and the Boston Base Ball Club January 20, 1871.

Very different, congratulations on your feature