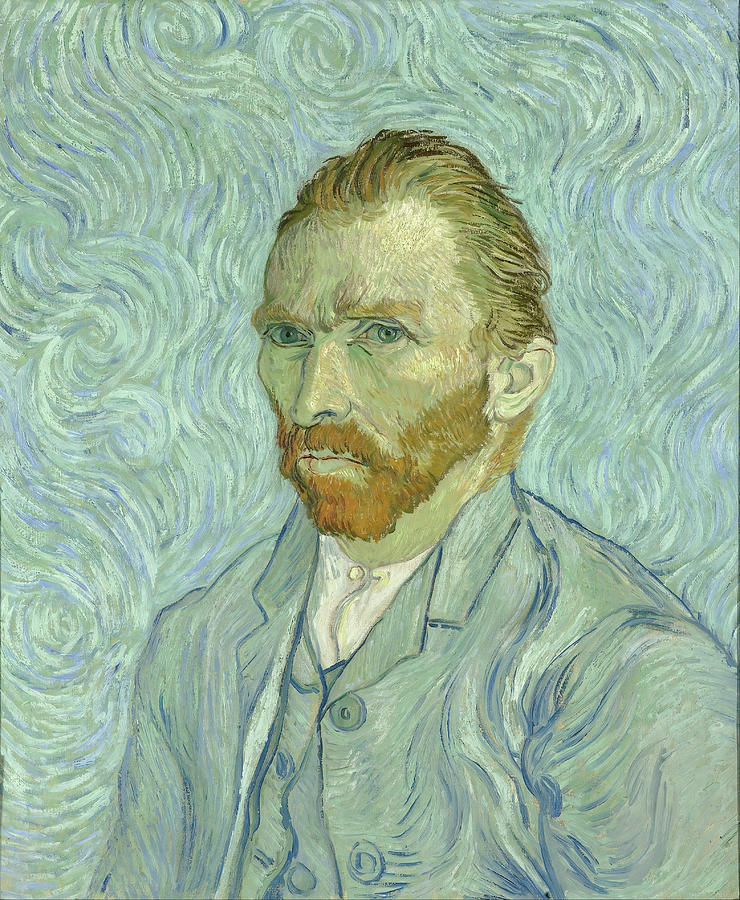 Painting History: Gift of Paul and Marguerite Gachet, the children of Dr Gachet, 1949

Like Rembrandt and Goya, Vincent van Gogh often used himself as a model; he produced over forty-three self-portraits, paintings or drawings in ten years. Like the old masters, he observed himself critically in a mirror. Painting oneself is not an innocuous act: it is a questioning which often leads to an identity crisis.

Thus he wrote to his sister: "I am looking for a deeper likeness than that obtained by a photographer." And later to his brother: "People say, and I am willing to believe it, that it is hard to know yourself. But it is not easy to paint yourself, either. The portraits painted by Rembrandt are more than a view of nature, they are more like a revelation".

In this head-and-shoulders view, the artist is wearing a suit and not the pea jacket he usually worked in. Attention is focused on the face. His features are hard and emaciated, his green-rimmed eyes seem intransigent and anxious. The dominant colour, a mix of absinth green and pale turquoise finds a counterpoint in its complementary colour, the fiery orange of the beard and hair. The model's immobility contrasts with the undulating hair and beard, echoed and amplified in the hallucinatory arabesques of the background.

Vincent Willem van Gogh was a Dutch post-impressionist painter who is among the most famous and influential figures in the history of Western art. In just over a decade, he created about 2,100 artworks, including around 860 oil paintings, most of which date from the last two years of his life. They include landscapes, still lifes, portraits and self-portraits, and are characterised by bold colours and dramatic, impulsive and expressive brushwork that contributed to the foundations of modern art. He was not commercially successful, and his suicide at 37 came after years of mental illness, depression and poverty.

Born into an upper-middle-class family, Van Gogh drew as a child and was serious, quiet, and thoughtful. As a young man he worked as an art dealer, often travelling, but became depressed after he was transferred to London. He turned to religion and spent time as a Protestant missionary in southern Belgium. He drifted in ill health and solitude before taking up painting in 1881, having moved back home with his parents. His younger brother Theo supported him financially, and the two kept a long correspondence by letter.