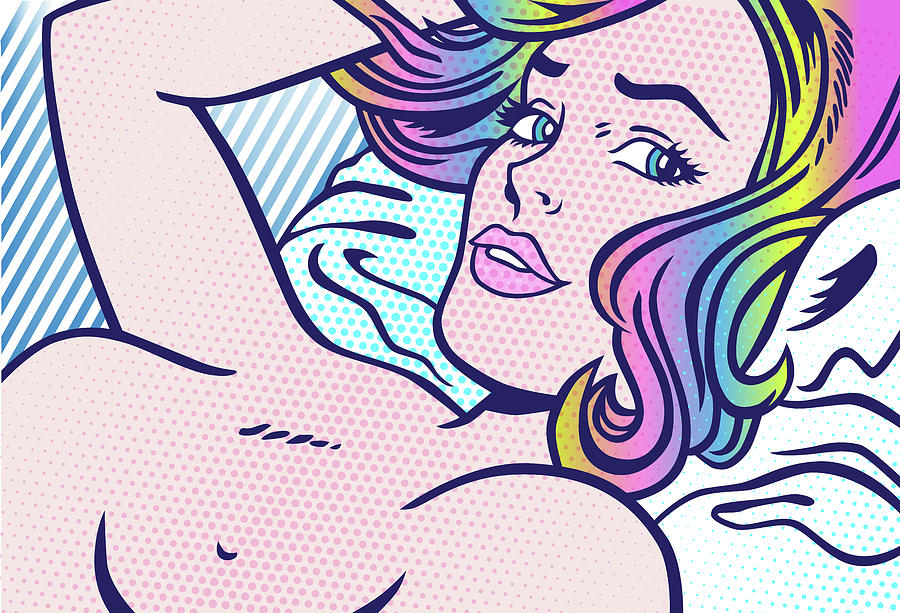 
In the early 1960s, Roy Lichtenstein developed his signature style so famously associated with the Pop art movement - the reproduction of cartoons and other appropriated imagery on a large scale, making no (readily apparent) changes to the source material. With a pictorial language consisting of heavy, black outlines and flat colors, Lichtenstein combined the fine art technique of painting with machine reproduction in a manner that removed the trace of the artist’s hand altogether.1 In so doing, Lichtenstein depersonalized the images, making witty observations and jokey criticisms hidden behind a seemingly anonymous process.

Lichtenstein’s Duchampian appropriation of existing images resulted in some criticism that he was merely copying the material, even to the point of bordering on copyright infringement. But Lichtenstein was no mere copyist. His process involved projecting the appropriated images onto a large screen, hand-tracing the image, and applying paint through a screen to create gradated colors using the Benday dot system. Throughout his process, Lichtenstein was concerned with formal characteristics; as noted by Marco Livingstone, “a comparison of a Lichtenstein painting with its source image reveals the complex ways in which he has manipulated the material, from a careful selection of a particular image…to subtle alterations that bring into focus its abstract formal unity.”