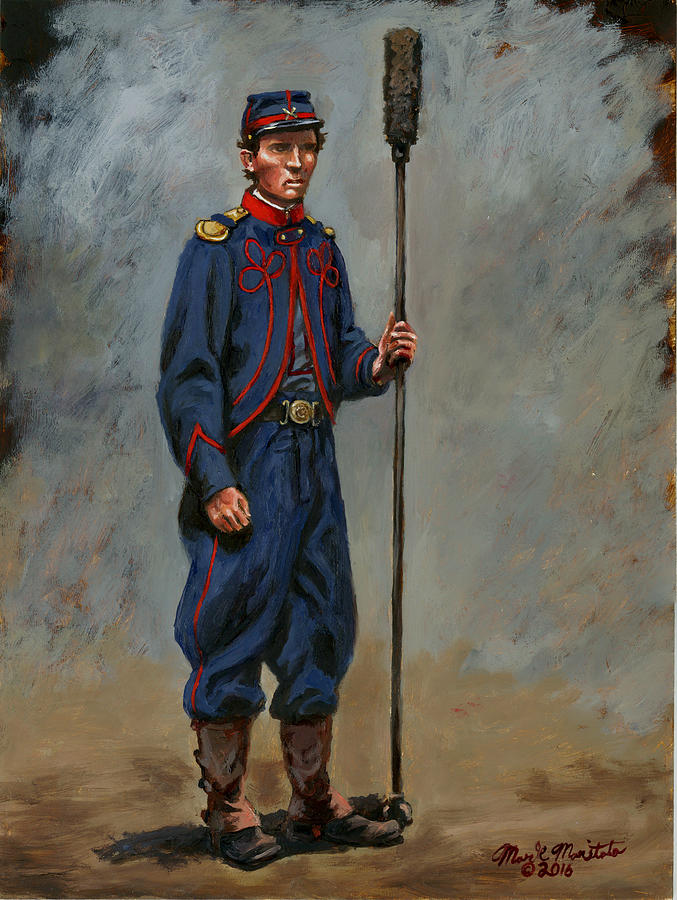 Few batteries during the Civil War saw more actual service than that known officially as the 2d Massachusetts Light Artillery, but more generally called Nims' Battery. Its career is well worth recording and the part it played in the campaigns of the Department of the Mississippi and the Gulf was by no means inconsiderable in the history of the war. Previous to 1861, there existed in Boston a military organization called the Boston Light Artillery or Cook's Battery. When the news came from Baltimore that the Sixth Regiment had been fired on and the city was in the hands of rioters, General Butler who was then in Philadelphia, asked that this organization be sent forward immediately to the scene. It was midnight of April 19, 1861, when the telegraph brought the request: before the night of the 20th everything was in readiness and in the early morning of the 21st the first battery from Massachusetts was on its way to Baltimore for a period of three months service. It had not left Boston, however, before Governor Andrews gave orders for the formation of a second battery and designated Major Moses Cobb as its commander. Recruiting headquarters were opened on the 20th of April at the Boston Light Artillery Armory under Major O. F. Nims, and in less than two days two hundred men applied for enlistment. "Every member, officers and men, was the greenest of raw material, but they were an intelligent set of fellows and took to drilling as a duck to water." Colonel Nims. [14] Most of the men were from Boston and vicinity. The first public appearance of the battery was on June 17, when a parade was held on Boston Common, and on July 4 a detachment fired a salute at morning, noon and night from the same historic spot. On July 5 the battery was ordered to the camp of instruction at Wollaston Heights, Quincy, on what was known as the Adams estate, which consequently gave to the camp the name of Camp Adams. Here for a month, the men were drilled in all the movements from the position of a soldier to battery drill in the field and also as infantry and cavalry. Target practice, too, was introduced and for that purpose targets were placed at several points with reference to distance and correctness in shooting. These afforded an excellent opportunity for the men to become familiar with their guns. On the 31st of July, the command was mustered into the United States service under the name of the 2d Massachusetts Light Artillery, and from the same date the officers were commissioned. This was the first three years battery from the state of Massachusetts. It was supposed that Major Cobb would take the battery into service, but he left the state abruptly and Governor Andrews sent Adjutant General Schouler down to camp to ask Major O. F. Nims, an experienced officer, to take command and get to Washington as soon as possible. Nims replied: "I will accept a commission whenever it is tendered me but I will not ask for one." It was then suggested that the company be called on to elect a captain, but this did not meet with Major Nims' approval as he had made up his mind not to owe his position to the men under him. "No," said he, "make me an officer if you will and then ask them what they think of it." He was therefore given the rank of captain, the men were lined up and informed of what had been done. A wild shout of approval was their reply, the men throwing their caps in the air as a further demonstration of their satisfaction.
At the time of organization, the uniform adopted was of a semi-zouave type, dark blue with red trimmings, the trousers loose to the knee, with russet leather leggins" grey shirt, a cut away jacket buttoned at the top with a loop, and a regular military cap trimmed with red. This made a very attractive uniform. Unfortunately during the stay in Quincy, the salt air took out the color, and before going into service the men were provided with regulation United States uniforms. The guns were fine United States bronze ordnance guns from the Watervliet Arsenal, N. Y., rifled at Alger's Foundry in South Boston and throwing a shell made by Schenkel, a very ingenious German. One kind of shell was in the shape of a sugar loaf with hollowed bore filled with papier-mache and weighing ten and one-half pounds, a pound of powder being used to fire it. When discharged, the papier-mache would swell out, fill the grooves and give the shell a twist. The noise the projectile made on leaving the gun was very similar to that of a locomotive going through a tunnel. When the shell exploded, it flew all to bits, not two or three fragments but forty or fifty pieces.