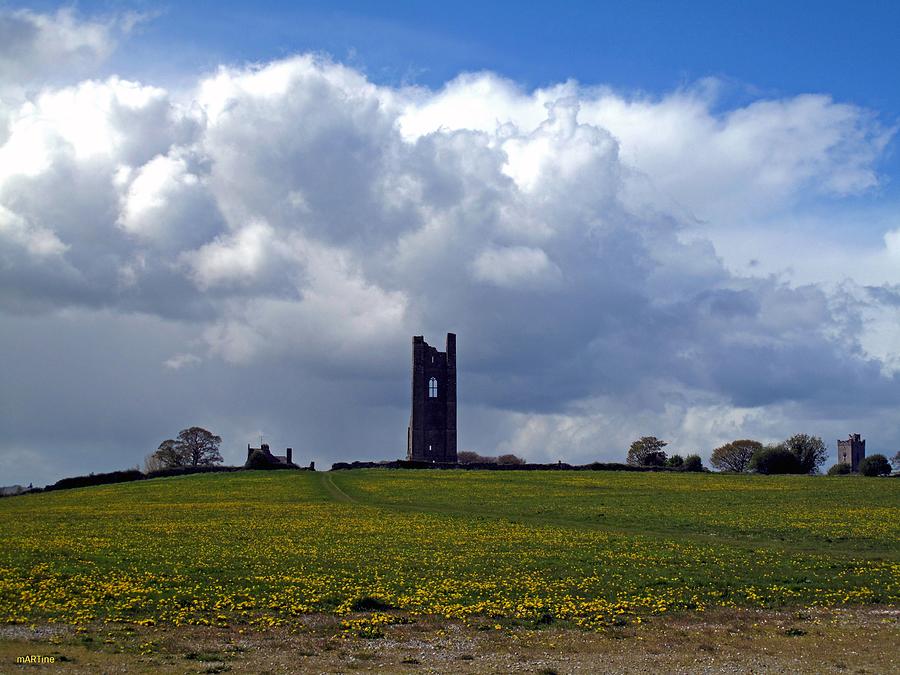 Spring in the Porchfields below the Yellow Steeple in Trim, Meath, Ireland, produces a sea of dandelions. The Yellow Steeple is all that remains of the Abbey of the Blessed Virgin which was founded in the 6th century. This abbey was burned down at least three times between 1108 and 1368 with the congregation inside. The name Yellow Steeple has to do with the yellow glow that it takes on at sunrise.

Dandelion is a herb (although mostly viewed as a weed) and can be used in salad, soup, wine and tea. The whole plant can be put to use. The roasted root can be used as a coffee substitute. In fact Dandelion has many uses, including medicinal but there isn't enough scientific research done to confirm it's effectiveness.

Watermarks won't be visible on purchased prints, however my signature will be in the bottom left hand corner.

Congratulations on your beautiful image being featured in the Fine Art America Group "Eternal Horizons” for 30 days!

Beautiful capture! The clouds and the dandelions frame the fascinating remains of the abbey.

Fabulous composition! Love the tower in the distance.

Fantastic image! Who knew dandelions could be so beautiful! :)

Congratulations, Martine! Your stunning image has been FEATURED on the homepage of the FAA Group "No Place Like Home" 5/04/2016!

Thanks so much Jenny!