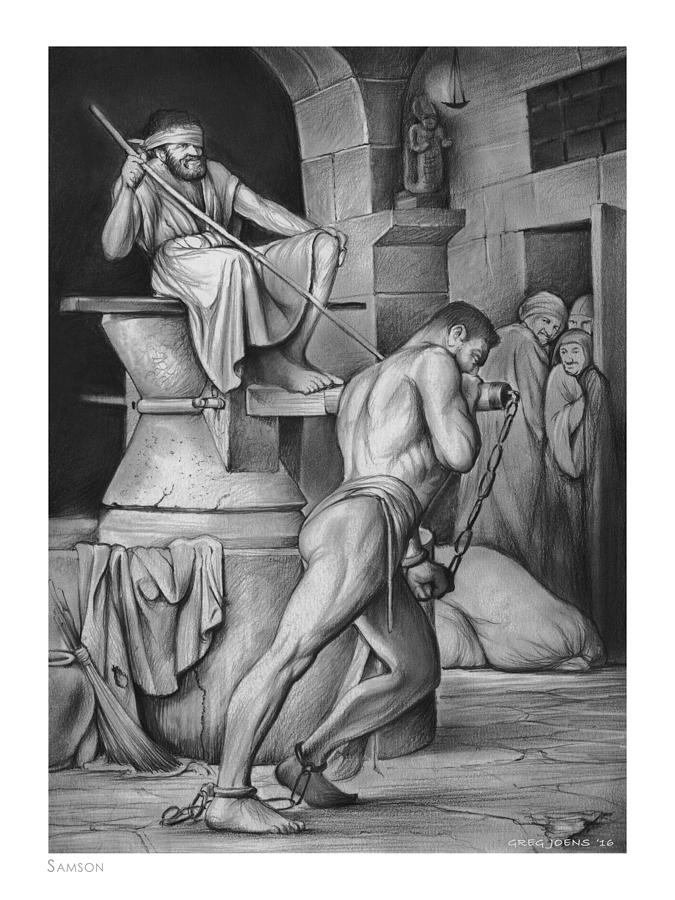 An ode to Carl Heinrich Bloch

He was born in Copenhagen, Denmark and studied with Wilhelm Marstrand at the Royal Danish Academy of Art (Det Kongelige Danske Kunstakademi) there. Bloch's parents wanted their son to enter a respectable profession - an officer in the Navy. This, however, was not what Carl wanted. His only interest was drawing and painting, and he was consumed by the idea of becoming an artist. He went to Italy to study art, passing through the Netherlands, where he became acquainted with the work of Rembrandt, which became a major influence on him.[1] Carl Bloch met his wife, Alma Trepka, in Rome, where he married her on May 31, 1868. They were happily married until her early death in 1886.

His early work featured rural scenes from everyday life. From 1859 to 1866, Bloch lived in Italy, and this period was important for the development of his historical style.

His first great success was the exhibition of his "Prometheus Unbound" in Copenhagen in 1865. After the death of Marstrand, he finished the decoration of the ceremonial hall at the University of Copenhagen. The sorrow over losing his wife weighed heavily on Bloch, and being left alone with their eight children after her death was very difficult for him.

In a New Year's letter from 1866 to Bloch, H. C. Andersen wrote the following: "What God has arched on solid rock will not be swept away!" Another letter from Andersen declared "Through your art you add a new step to your Jacob-ladder into immortality."

In a final ode, from a famous author to a famous artist, H.C. Andersen said "Write on the canvas; write your seal on immortality. Then you will become noble here on earth."

He was then commissioned to produce 23 paintings for the Chapel at Frederiksborg Palace. These were all scenes from the life of Christ which have become very popular as illustrations. The originals, painted between 1865 and 1879, are still at Frederiksborg Palace. The altarpieces can be found at Holbaek, Odense, Ugerloese and Copenhagen in Denmark, as well as Loederup, Hoerup, and Landskrona in Sweden.

Through the assistance of Danish-born artist Soren Edsberg, the acquisition of Christ healing at the pool of Bethesda, [formerly owned by Indre Mission, Copenhagen, Denmark], was made possible for The Museum of Art, Brigham Young University (BYU), Provo, Utah, United States.[1] A second work by Bloch, an 1880 grisaille version of The Mocking of Christ, was purchased by BYU in June 2015.[2]

Carl Bloch died of cancer on February 22, 1890. His death came as "an abrupt blow for Nordic art" according to an article by Sophus Michaelis. Michaelis stated that "Denmark has lost the artist that indisputably was the greatest among the living." Kyhn stated in his eulogy at Carl Bloch's funeral that "Bloch stays and lives."

A prominent Danish art critic, Karl Madsen, stated that Carl Bloch reached higher toward the great heaven of art than all other Danish art up to that date. Madsen also said "If there is an Elysium, where the giant, rich, warm and noble artist souls meet, there Carl Bloch will sit among the noblest of them all!" (From Carl Bloch Site).