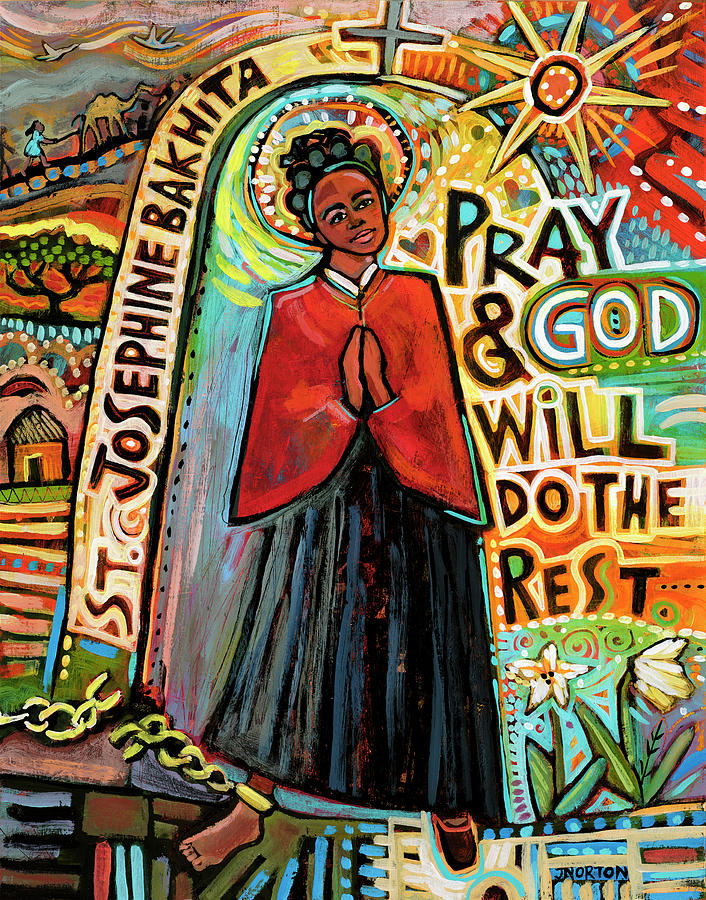 St. Bakhita was born in the Darfur region of Sudan, kidnapped as a young girl and sold into slavery. She was resold several times, beaten and physically mutilated. She was eventually sold to an Italian consul in 1883 who took her to Italy and gave her away to his friend Augusto Michieli. She became a babysitter to his children and accompanied them to their school, the Institute of the Catechumnes, run by the Canossian Sisters in Venice. She felt drawn to the Catholic church and became baptized and confirmed in 1890. When Michieli wanted to take Josephine back to Africa, she refused and the Sisters intervened, finding that since slavery was illegal in Italy, she had actually been free since 1885. She eventually joined the order and was forever forgiving toward her earlier captors because without them she would not have encountered Christ.

The original painting is available at The Sacred Art Gallery in Scottsdale, AZ. 480-946-1003‬. https://www.thesacredartgallery.com

Beautiful work as usual, Jen. love the bright colors. God continue to bless you and your ministry.