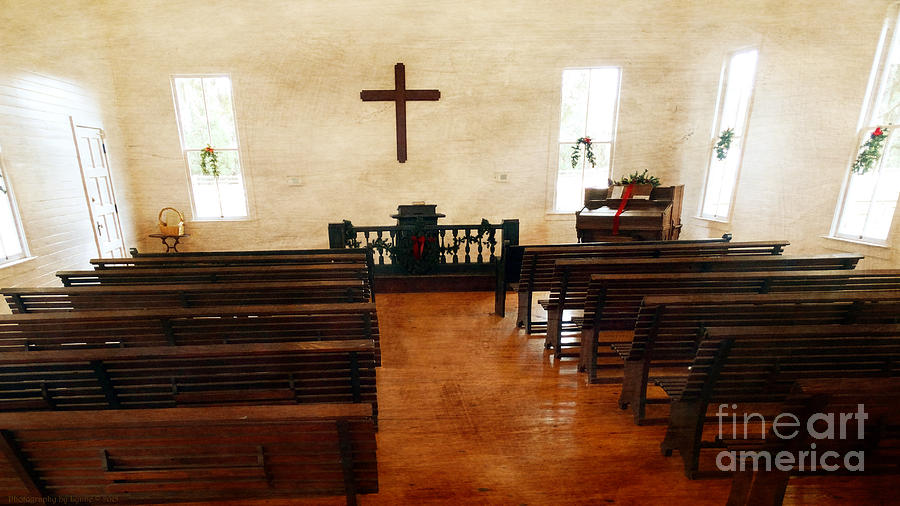 The photograph above was taken during a visit to Indian Shores, FL in December of 2014. We drove to a city called Safety Harbor, which used to be named Green Springs. In Safety Harbor; there is a living museum on 21 acres called Heritage Village.

This museum is all about the life of the Pinellas Peninsula and all of the 25 or more buildings have been moves to this historical site. This church was built in 1905 and moved to its' present site in 1977. The inside of the structure still have the original pulpit and altar rail.

The church went through two hurricanes. One happened in 1921, where the whole building was picked up and moved close to where it originally stood. The congregation decided to leave it there. The second hurricane happened in 1935, where the majority of the roof was ripped off.

The outside of the church is the little white church that you see in small towns. The ones that some people dream of getting married in. I did just a little digital altering on this photograph to get a better sense of what it looks like when you walk in the front door. I hope I did it justice.

Simple and so beautiful! l/f/t

Thank you so much Deena.

What A Beautiful Shot of this Church ! Wonderful Composition and Light !