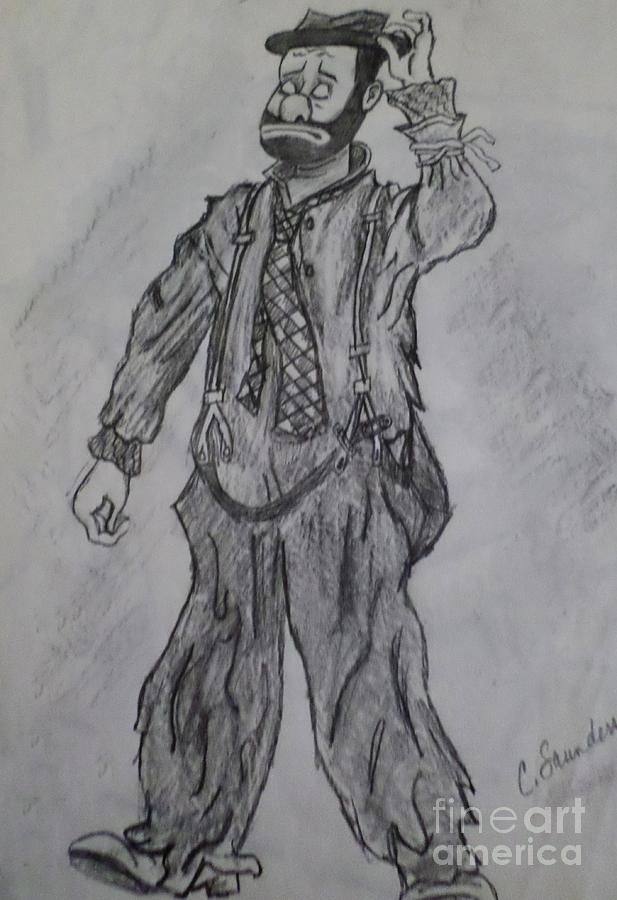 A clown is a comic performer who employs slapstick or similar types of physical comedy, often in a mime style.
Clowns have a varied tradition with significant variations in costume and performance. The most recognisable modern clown character is the Auguste or "red clown" type, with outlandish costumes featuring distinctive makeup, colourful wigs, exaggerated footwear, and colourful clothing. Their entertainment style is generally designed to entertain large audiences.[citation needed]

Modern clowns are strongly associated with the tradition of the circus clown, which developed out of earlier comedic roles in theatre or Varieté shows during the 19th to mid 20th centuries.

Many circus clowns have become well known and are a key circus act in their own right. The first mainstream clown role was portrayed by Joseph Grimaldi (who also created the traditional whiteface make-up design). In the early 1800s, he expanded the role of Clown in the harlequinade that formed part of British pantomimes, notably at the Theatre Royal, Drury Lane and the Sadler's Wells and Covent Garden theatres. He became so dominant on the London comic stage that harlequinade Clowns became known as "Joey", and both the nickname and Grimaldi's whiteface make-up design were, and still are, used by other types of clowns.

The comedy that clowns perform is usually in the role of a fool whose everyday actions and tasks become extraordinary—and for whom the ridiculous, for a short while, becomes ordinary. This style of comedy has a long history in many countries and cultures across the world. Some writers have argued that due to the widespread use of such comedy and its long history it is a need that is part of the human condition.[citation needed]

The "fear of clowns," circus clowns in particular as a psychiatric condition has become known by the term coulrophobia.

The "clown" character developed out of the zanni "rustic fool" characters of the early modern commedia dell'arte, which were themselves directly based on the "rustic fool" characters of ancient Greek and Roman theatre. Rustic buffoon characters in Classical Greek theater were known as sklêro-paiktês (from paizein "to play (like a child)") or deikeliktas, besides other generic terms for "rustic" or "peasant". In Roman theater, a term for clown was fossor, literally "digger; labourer".

The English word clown was first recorded c. 1560 (as clowne, cloyne) in the generic meaning "rustic, boor, peasant". The origin of the word is uncertain, perhaps from a Scandinavian word cognate with clumsy.[2] It is in this sense that "Clown" is used as the name of fool characters in Shakespeare's Othello and The Winter's Tale. The sense of clown as referring to a professional or habitual fool or jester developed soon after 1600, based on Elizabethan "rustic fool" characters such as Shakespeare's.

The harlequinade developed in England in the 17th century, inspired by the commedia dell'arte. It was here that "Clown" came into use as the given name of a stock character. Originally a foil for Harlequin's slyness and adroit nature, Clown was a buffoon or bumpkin fool who resembled less a jester than a comical idiot. He was a lower class character dressed in tattered servants' garb.

The now-classical features of the clown character were developed in the early 1800s by Joseph Grimaldi, who played Clown in Charles Dibdin's 1800 pantomime Peter Wilkins: or Harlequin in the Flying World at Sadler's Wells Theatre, where Grimaldi built the character up into the central figure of the harlequinade.[3][4]