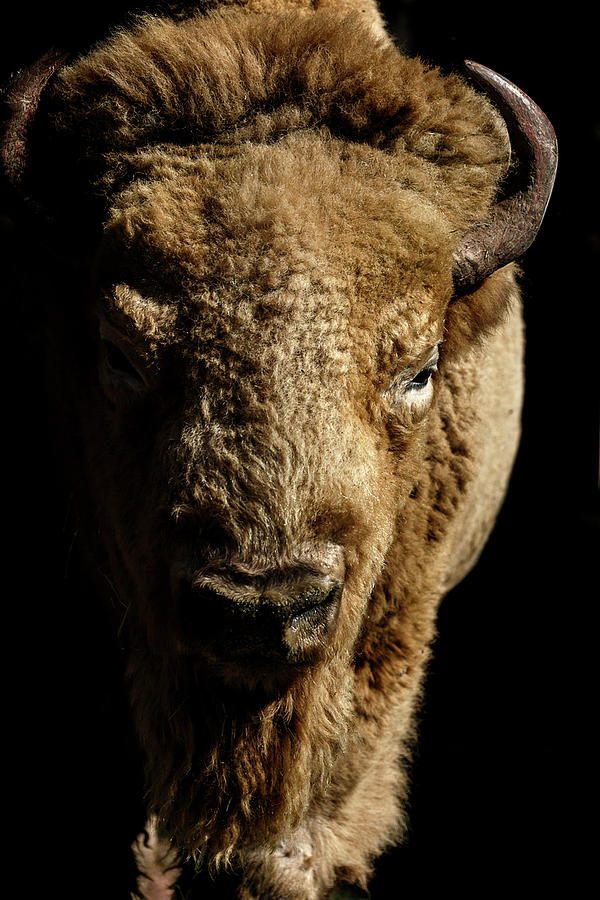 The American bison is the largest surviving land animals in North America. They are large with shaggy coats of long hair. with adults up to 6 feet tall and from880 to 1,980 pounds.
They were hunted close to extinction in the 1800s. Prior to this there were millions of bison across North America. With the introduction of railroads herds of bison along the train tracks where shot from the train's roof or windows. They were then left to rot. This and other forms of slaughter brought their numbers into the hundreds. Luckily the attempts at revival of the American bison have been highly successful. Also the raising bison for it's meat has increased their population to nearly 150,000.

Congratulations your beautiful work is being featured in AAA Images:-)

Great image of this Bison Dotty.