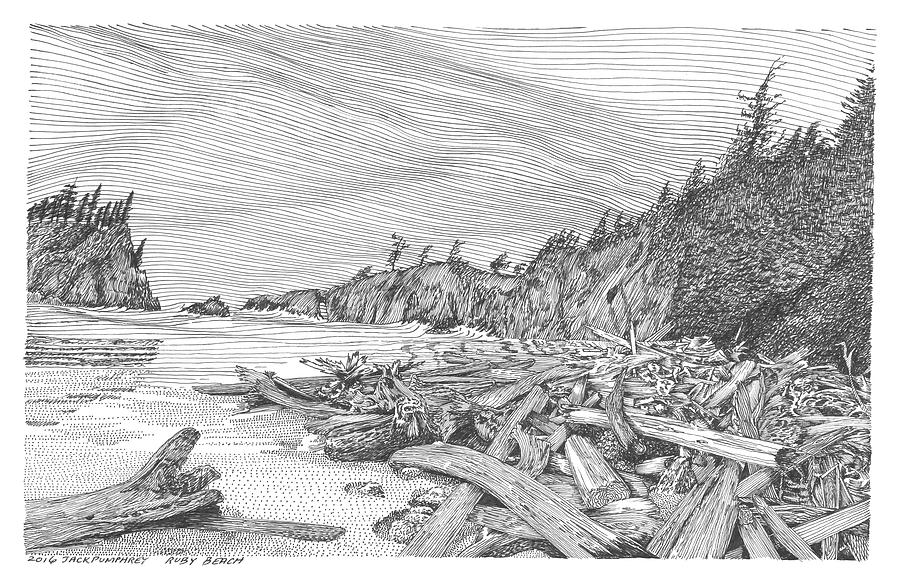 A pen & ink drawing of Ruby Beach which is the northernmost of the southern beaches in the coastal section of Olympic National Park in the U.S. state of Washington, it is located on Highway 101, in Jefferson County, 27 miles south of the town of Forks, WA., like virtually all beaches on the northern coast, Ruby Beach has a tremendous amount of driftwood, it is notable for the number of sea stacks there, named for the reddish sand that occasionally gathers on the beach, Ruby Beach is one of the most well-known and highly anticipated beaches to visit along the Olympic coastline, Ruby Beach stands out among Kalaloch Area beaches with its prominent onshore arch, sea stacks, tunneled bluffs, and a more rugged landscape

Thank you, Kathi, love your taste in art!

Congrats Jack on the win in INK ONLY contest. Your work is amazing...L+

You are very welcome Jack :)

Hiking down to Ruby Beach is one of life's greatest thrills! Especially with someone you love.