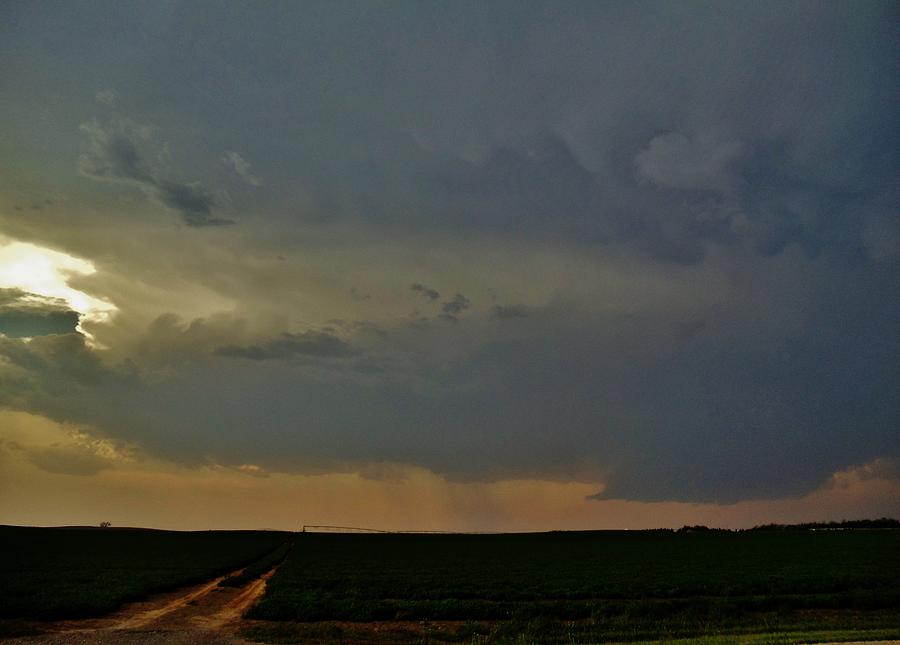 A supercell thunderstorm across the fields as seen from just north of Greensburg, Kansas on May 18, 2013. Note the distinct lowering in the rain-free cloud base (known as a wall cloud) associated with the storm's mesocyclone in the lower right portion of the photo. Within an hour of this photograph, the storm produced a series of tornadoes near Rozel, Kansas, the strongest of which was rated as an EF4 on the Enhanced Fujita Scale (the scale ranges from EF0 ("weakest") to EF5 ("strongest"), with estimated maximum wind speeds ranging between 165 mph to 185 mph. Fortunately, the tornadoes produced no injuries.