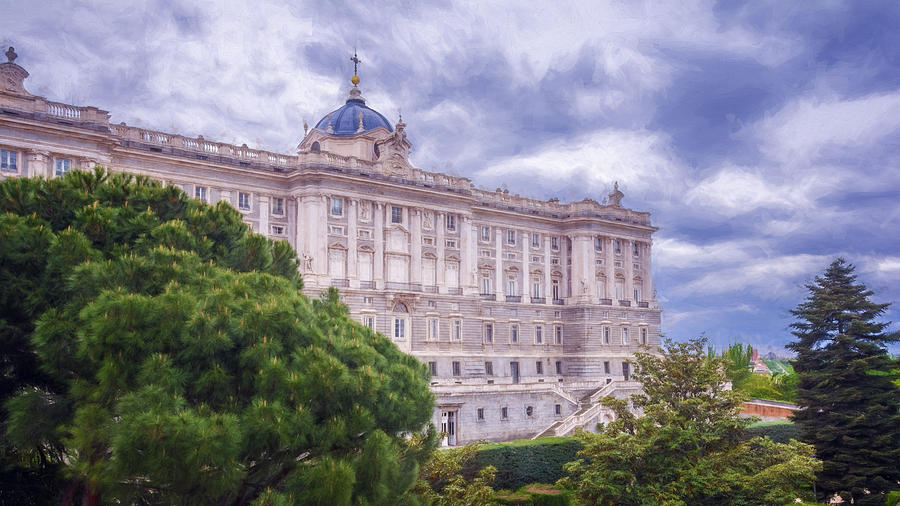 One of the most popular tourist attractions is Madrid Spain is the Royal Palace, It is the official residence of the Spanish Royal Family at the city of Madrid, but is only used for state ceremonies. King Felipe VI and the Royal Family do not reside in the palace, choosing instead the more modest Palacio de la Zarzuela on the outskirts of Madrid. The palace has 135,000 square metres (1,450,000 sq ft) of floorspace and contains 3,418 rooms. It is the largest palace in Europe by floor area. The interior of the palace is notable for its wealth of art and the use of many types of fine materials in the construction and the decoration of its rooms. Several rooms in the palace are regularly open to the public except during state functions. This beautiful view of the north facade of the palace is taken from the east entry to the Jardines de Sabatini, the lovely gardens partly visible in the foreground of the photo.

FEATURED PHOTO, The road To Self Promotion group, 5/23/15

thank you Martin for the feature in the Photograph Manipulation group, 5/24/15

thank you Les for the feature in the Topaz Simplify-Glow-Impression Photo Renderings group, 5/24/15

thank you Kim for the feature in The Road To Self Promotion group, 5/23/15