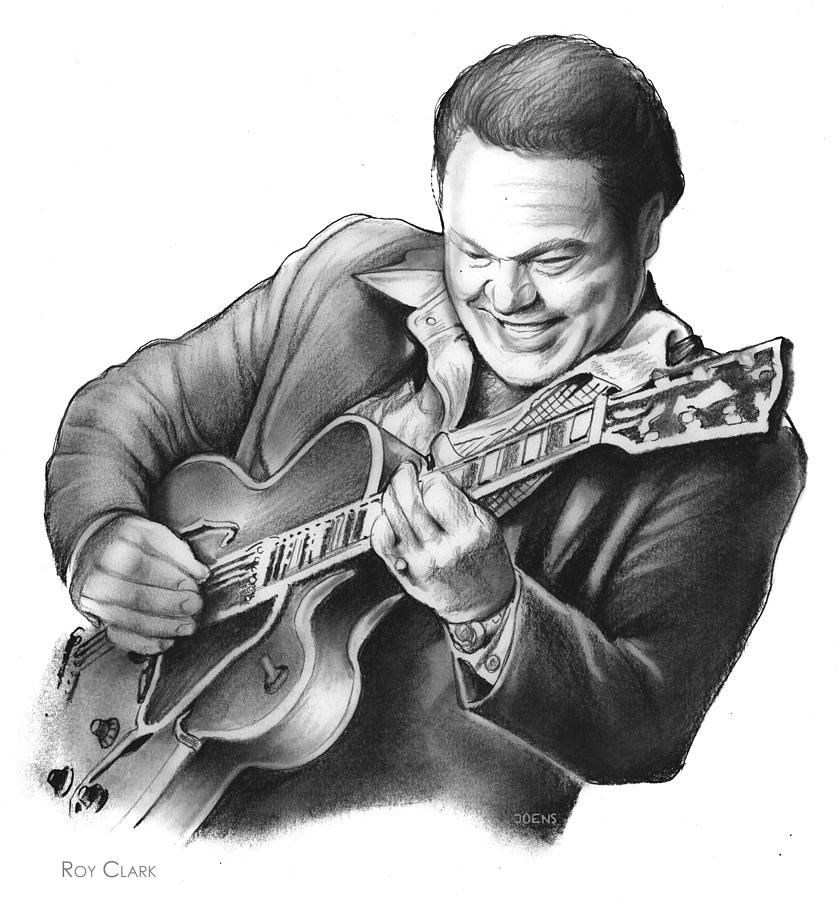 Roy Linwood Clark (born April 15, 1933) is an American country music musician and performer. He is best known for hosting Hee Haw, a nationally televised country variety show, from 1969 to 1992. Roy Clark has been an important and influential figure in country music, both as a performer and helping to popularize the genre.

During the 1970s, Clark frequently guest-hosted for Johnny Carson on The Tonight Show and enjoyed a 30-million viewership for Hee Haw. Clark is highly regarded and renowned as a guitarist and banjo player, and is also skilled in classical guitar and several other instruments. Although he has had hit songs as a pop vocalist (e.g., "Yesterday, When I Was Young" and "Thank God and Greyhound"), his instrumental skill has had an enormous effect on generations of bluegrass and country musicians. He is a member of the Grand Ole Opry, since 1987 and The Country Music Hall of Fame. Source: Wikipedia

Outstanding image of a great artist!