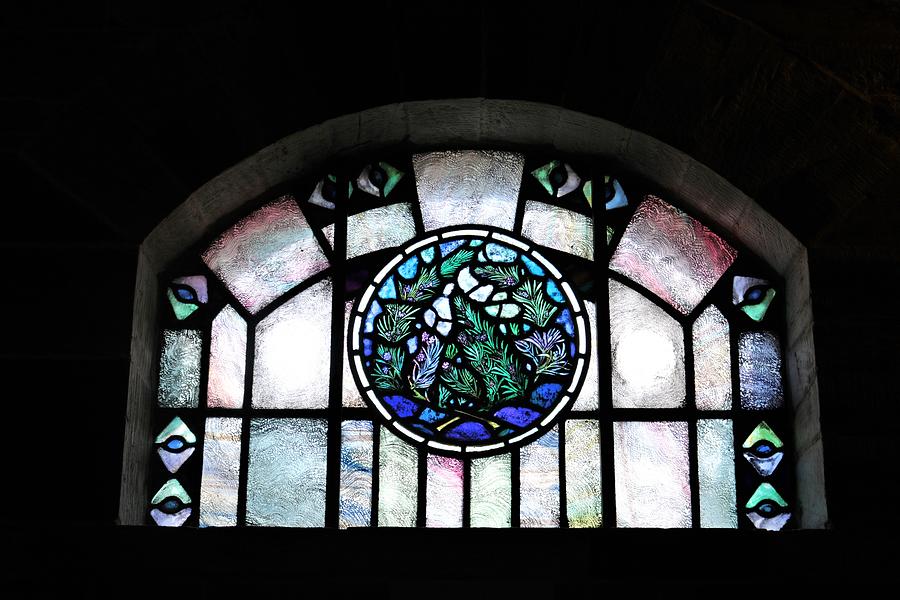 The 73 stained glass windows illustrating the Arthurian tales are by Veronica Whall, in pre-Raehalite style. These tell the story of King Arthur and show the coats of arms and weapons of the knights involved. Whall designed 73 windows for the hall. As of 1997 it is con-sidered to be the largest collection of stained glass panels of King Arthur made in the 20th century and a great example of Arts and Crafts workmanship. There are also several paintings of scenes from King Arthur's life by William Hatherell.

Forty nine of these windows are in the long corridor and each shows the heraldic device of one of the Knights of the Round Table or a device which has reference to their ideals.

On entering the building, there is a nice little shop and once fee is paid, a short film about King Arthur, from there, visitors wander at leisure and in the grand hall, are the thrones for King Arthur and Queen Quenevere.
The whole building is dedicated to portraying Chivalry

Thank you for the beautiful window and for your stories following. I feel I have seen another part of the world I cannot travel to.

Thanks Mary, much appreciated

Thanks, one of my favourite of the windows