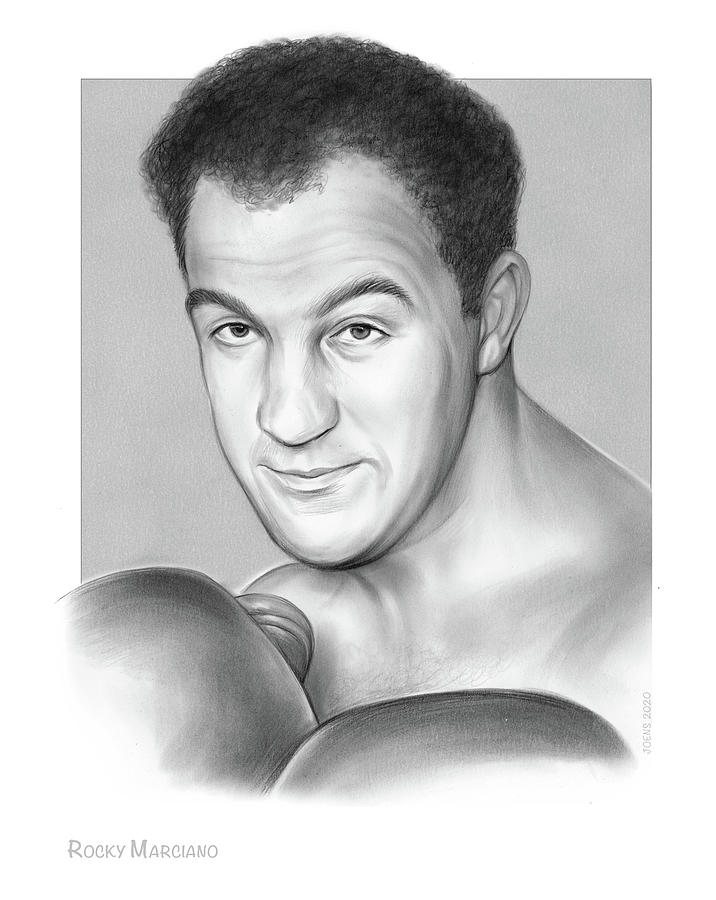 Rocco Francis Marchegiano (September 1, 1923 – August 31, 1969 better known as Rocky Marciano was an American professional boxer who competed from 1947 to 1955, and held the world heavyweight title from 1952 to 1956. He is the only heavyweight champion to have finished his career undefeated. His six title defenses were against Jersey Joe Walcott (from whom he had taken the title), Roland La Starza, Ezzard Charles (twice), Don Cockell and Archie Moore.

Known for his relentless fighting style, formidable punching power, stamina, and exceptionally durable chin, Marciano has been included by boxing historians in lists of the greatest boxers of all time, and is currently ranked by BoxRec as the fourth greatest heavyweight boxer in history. His knockout-to-win percentage of 87.76% remains one of the highest in heavyweight boxing history.