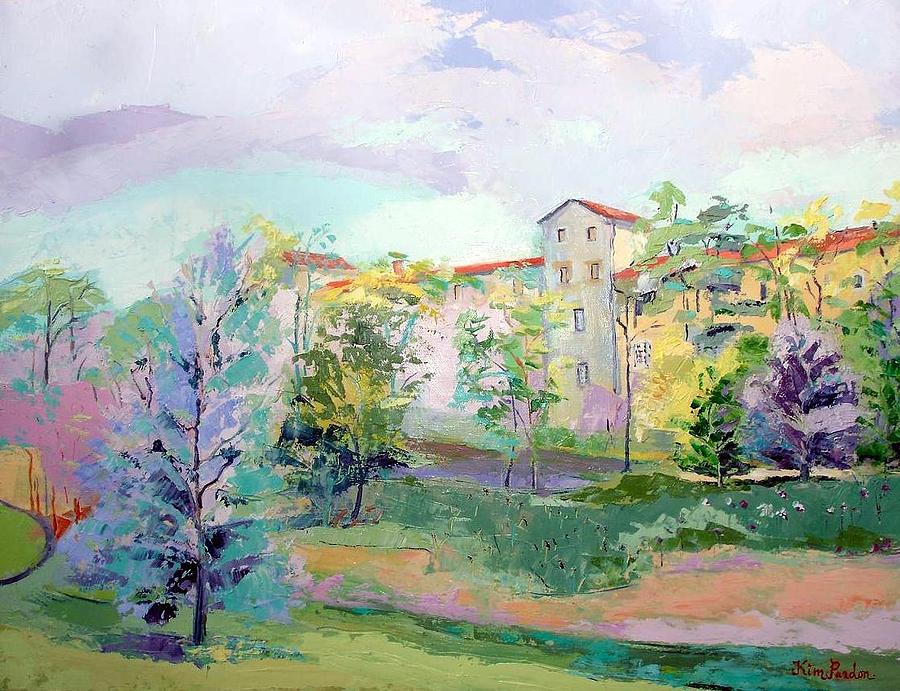 This is a facade of a catholic institut in the old days. It is a mysterious place to my view. This grand and long batiment was built with calcare stones. Besides there is Moyen Age cimetery established around 12th century church. It is said on the stele that in the cimetery, there were only upper religous class and aristocrate families were buried here.
Now this place is converted in The Rural institute for Education and Conselling (IREO) at Richmont village. Richemont is a romantic place in Charente.
It was a very precious prize for my fisrt year in open air contest at Richemont.

Thank you ; it was my fisrt step on the visual loisir. I love that day when i was naif and fresh in the look on plein air competitions.

Your colors are outstanding !!

Thank you Debra et Evelina. I din not understand how I had been done this image on 14 and 15 june 2014. The style have never returned again,, since that days.