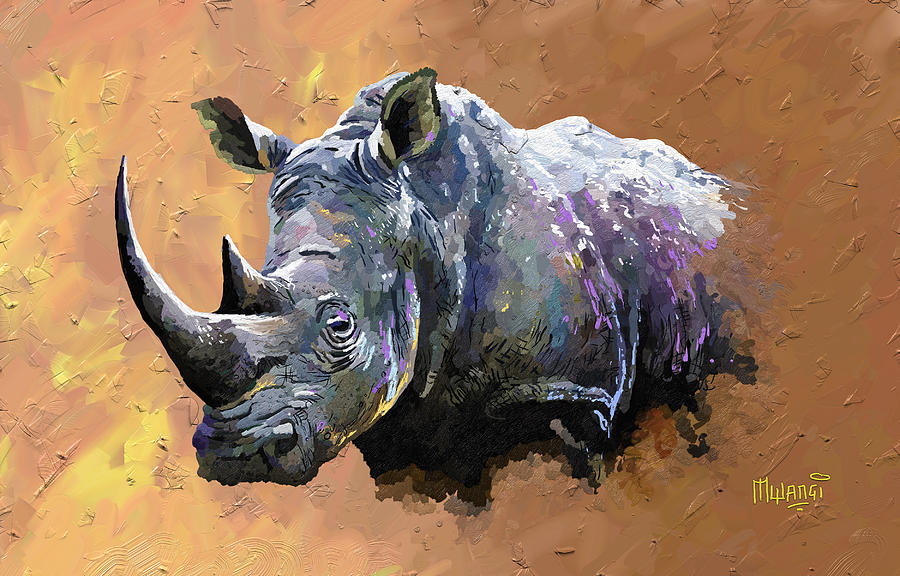 I have had a chance to see several of them in my life. I am always intrigued by the sheer size. The Animal might as well have the biggest face I have ever seen. The two horns make the beast a sight to behold.

Though it is called the white rhino, the color may vary depending on the soil type of the area the animal lives in. It could be a light grey, dark grey, brownish and so forth.

Both black and white rhinoceroses are actually grey in true color. They are different not in color but in lip shape. The black rhino has a pointed upper lip, while its white relative has a squared lip. The difference in lip shape is related to the animals' diets.

Rhino poaching has escalated in recent years and is being driven by the demand for rhino horn in asian countries, particularly Vietnam. It is used in Traditional Chinese Medicine but more and more commonly now it is used as a status symbol to display someone's success and wealth.

There is a CITES call to safe the rhino which is really an endangered species.

This is so great!! Wonderful work

Beautiful artwork throughout Anthony! Hope you visit my gallery too !

Thank you very much Victoria

This is beautiful Anthony!

Wonderful artwork, Anthony. Great color, values, and is appearing out of the dust and the use of the Impasto. L/f

It has been far too long since we visited your awesome works of art Anthony. This "Rhino" work is incredibly amazing. The beauty of it is "off-the-chart" in our opinions. Outstanding work here. BRAVO !!! L/F

Thanks Bill and Deb

Superb and powerful portray of this magnificent animal! l/f

A beautiful honor to a magnificent animal, great work! F/L

Anthony you are a superb artist....you have captured the essence of this magnificent creature perfectly. I love the touches of lavender you applied to this painting. Beautiful gold medal work.....l.v.f. rock on brother

What a powerful painting of this incredible animal. So terribly sad about the poaching of the rhinos and elephants. As long as there is a market it will continue. lf

Thanks Van. We are actually sad about the whole thing of poaching and hunting all together. They should now be left alone like God intended them.

You have brought LIFE to this beautiful work, Anthony! Great work!

Anthony this is wonderful!!

Very nice and creative work, Anthony ! I love your strokes with palette knife, and the colors you used !

Intense and fierce, I can feel the attitude of this Rhino coming through in your brush strokes Anthony! Following your artwork!

Love your colors and textures!!!

This is definitely a beautiful Rhino and painting. Always a fan of the palette knife and the surprises it can lead to...........vf

You do such beautiful work, Anthony! F/L

this is great! love your style. L/Fav/Tw

The power and danger bursts through--3D and motion and color and majesty--not bad for one work of art.

Your portrayal of this noble, endangered creature is wonderfully done. Thank you!

Anthony this is awesome work !~l/f

Fantastic painting, Anthony! What a great talent you have! l/f

Congratulations on your feature on the homepage of Our 4-legged Friends. Wonderful color, wonderful treatment with palette knife.

Thanks Barbara. I appreciate