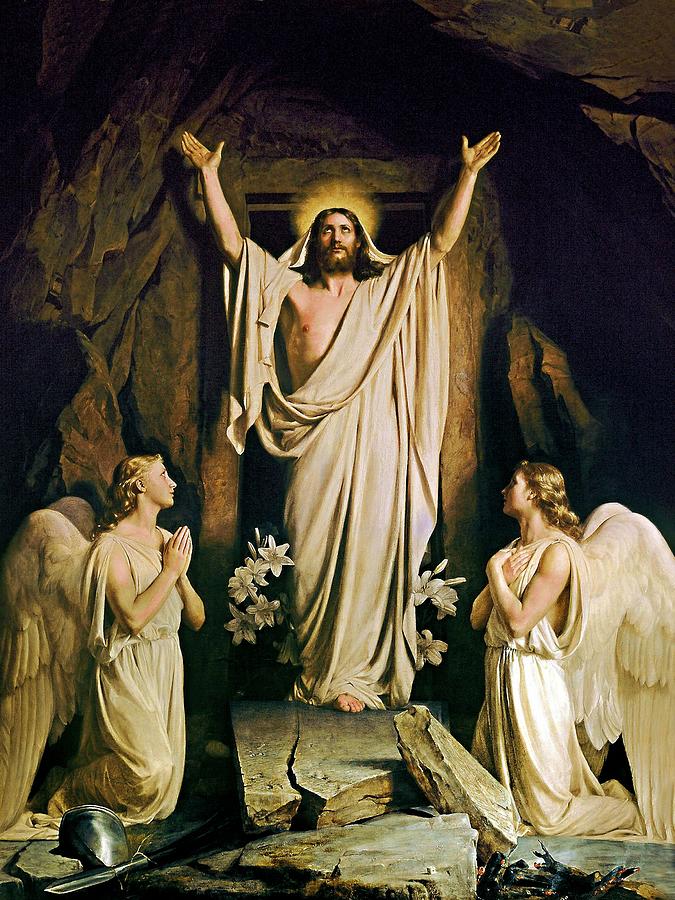 If you are interested in commissioning an oil painting on canvas of this art print, please send me an email at troy@troycap.com.

This is a reproduction of The Resurrection by Carl Heinrich Bloch. It is one of twenty-three paintings commissioned for the Chapel of the Frederiksborg Palace where they remain. The artist was born in Copenhagen and, against his parents' wishes dedicated himself from an early age to become an artist. He traveled to the Netherlands where he was heavily influenced by the works of Rembrandt and on to Italy where he married in 1868 when he was twenty-eight years old. His first success had come three years before with the Copenhagen exhibition of his "Prometheus Unbound". He returned to Denmark where his died in 1886. The artist died four years later.

Congratulations on your successful sale!!

Congrats on your recent sale!!